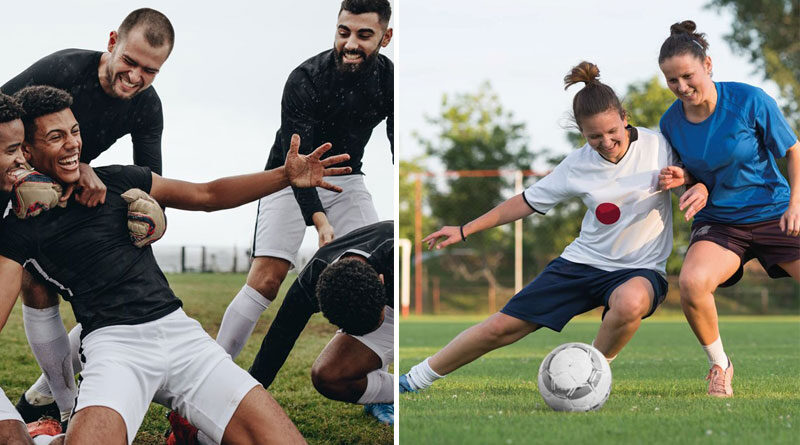 Greene King has made over 400 of their pubs available to grassroots teams – as they look to offer the ultimate ‘pubhouse’ experience. Grassroots teams across the country are being invited to use their local pubs as clubhouses, in an effort to boost grassroots involvement and encourage clubs to apply for Greene King IPA’s Proud To Pitch In funding.

Greene King IPA’s Proud To Pitch In scheme has seen the pub company and brewer give hundreds of thousands of pounds in grants to grassroots sports clubs, and what’s more, they aim to give away £1 million in funding before the end of 2023.

As such, teams that are without clubhouse facilities, or who need a place to socialise post game, are being encouraged to approach their local, and use it as communal space.

FA Cup winner, and England legend, David James has announced his support for the campaign, encouraging grassroots clubs can find their nearest participating Greene King ‘pubhouse’ via the Proud To Pitch In Pub Finder and select the pub as part of their funding nomination.

The scheme, which is available throughout the UK, sees Greene King donating 10p from every pint of Greene King IPA and 50p from every 4x500ml can pack sold* to support the scheme which sees grants awarded to clubs of up to £3,000.

Supporting over 8,000 beneficiaries to date and funding over 80 projects, the Greene King IPA Proud To Pitch In scheme is available for all grassroots sports clubs in the UK with participants aged 18 and over.

So far, Greene King IPA Proud to Pitch In has donated £208K to grassroots sports clubs across the UK.

“Unfortunately, many clubs across the nation are really suffering from a lack of funding – which means poor equipment, shabby kits, and a lack of facilities. This is a real problem.

“We have just experienced a summer of sport like no other – with the commonwealth games in Birmingham, and, of course, the amazing Lionesses winning the Euros and inspiring the nation!

“So, now is the time for real change. We need to ensure people and communities are getting involved in sports – and have the correct facilities.

“Greene King’s ‘pubhouse’ initiative ensures clubs have a social hub, to meet up and socialise after a game or training.

“This will ensure people continue to enjoy grassroots sports, and hopefully many more will get involved!”

Will Hemmings, marketing director for Brewing & Brands at Greene King adds: “We want to encourage teams from across the country to find their nearest ‘pubhouse’, and also to apply for Greene King IPA’s Proud To Pitch In funding.

“We see our pubs as community hubs – so it makes sense to invite local teams and clubs inside!
“This isn’t a one-off campaign, it’s a continuous pledge from us at Greene King to ensure grassroots sports can flourish not just in local communities, but right across the UK.”