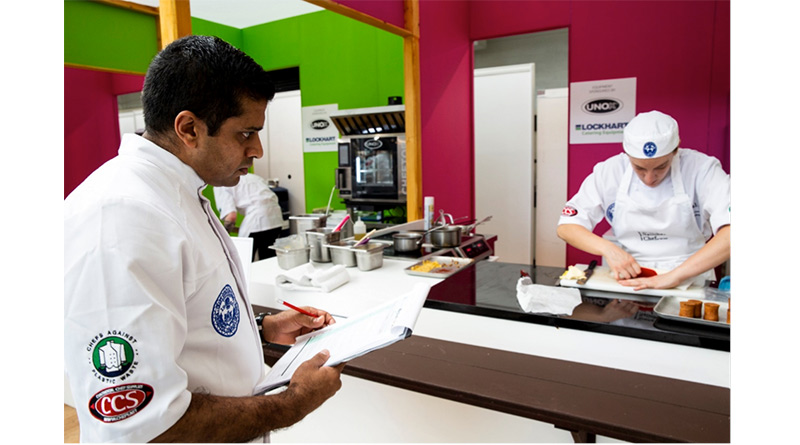 The Craft Guild of Chefs has revealed ten talented young chefs who have been selected to compete in the prestigious Young National Chef of the Year final this autumn.

Due to the ongoing situation with Covid19, the selection process has had to be tweaked for this year. Rather than some of the chefs gaining a top ten spot through a semi-final, head judge, Hrishikesh Desai and organiser of the competition, David Mulcahy have handpicked the finalists based on recommendations from industry experts. The final decision on the line-up has come from extensive research and guidance from other leading chef competitions or industry associations.

The criteria for the final will be announced at the end of June to give the finalists plenty of time to work hard in preparing for the competition, with the support of the wider industry. All finalists will be invited to an online webinar to chat to David and Hrishikesh about the competition and also to connect with each other.

The ten finalists are: –

David Mulcahy, organiser of YNCOTY and Vice-President of the Craft Guild of Chefs said: “When we began planning the campaign to find our next winner we could never have predicted the situation we’d find ourselves in. However, one thing has remained the same throughout this crisis and that’s our determination to ensure that this competition goes ahead. We have been listening to the Government guidance throughout and safety remains our top priority whilst giving the industry reasons to celebrate. The Craft Guild of Chefs has been determined to support the young chef community throughout this crisis. By personally inviting each finalist to get involved we know we have an incredible list of chefs lined-up. The brief will be fully revealed at the end of June, but it will have particular focus on sustainability as we team up with headline sponsor, Knorr Professional, and celebrate its inspiring Future 50 initiative.”

Chair of Judges for YNCOTY, Hrishikesh Desai added: “Just looking at this list of chefs I know it’s going to be an exciting final. I’ll be challenging the young chefs to be creative and making sure that excellence still prevails this year, regardless of the changes to the format. The criteria will be engaging with the spotlight on produce, sustainability and skills. After a difficult 2020, I can’t wait to bring our judges together for a unique and memorable final.”The cook-off will take place on Monday 7th September 2020 at Le Cordon Bleu, but the final will be aired as part of the new and exciting “Hospitality Unites” week on Tuesday 29th September. Chefs and supporters will be able to find out the winner on Wednesday 30th September with a live online announcement following the coverage of the National Chef of the Year competition.