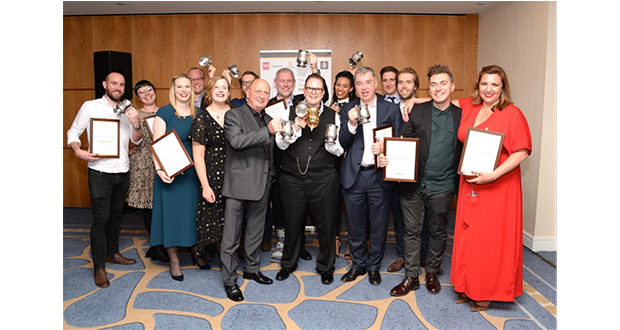 Beer and pubs communicators have until 20 September to enter competition

The Guild of Beer Writers has extended the deadline for its 2019 Awards to Friday 20 September, giving writers, authors, bloggers, broadcasters and other communicators more time to enter their work for a chance of winning a share of this year’s total prize fund of £13,500.

Entries can be made online on the Guild’s website https://www.beerguild.co.uk/awards/.  All  submissions will be reviewed by the panel of judges and a shortlist announced in November before the winners are announced at the Guild’s Annual Awards Dinner on 3 December.

This year’s contest includes 11 categories, including a new Award for Best Writing on Sustainability in Beer and Pubs, sponsored by Carlsberg UK. The categories are:

The Brewer of the Year Award, whose winner is decided via a vote by Guild members, is sponsored by SIBA

How to enter
Details of all categories, and advice on how to submit entries, can be found on the Guild’s website . Entries must be received by the closing date of Friday 20 September and works submitted must have been published between 1 September 2018 and 31 August 2019.Entering the Awards is FREE to all Guild members.  If you don’t belong to the Guild, entry costs £50 (for as many categories as you wish to enter), unless you are entering only the Citizen Communicator Award