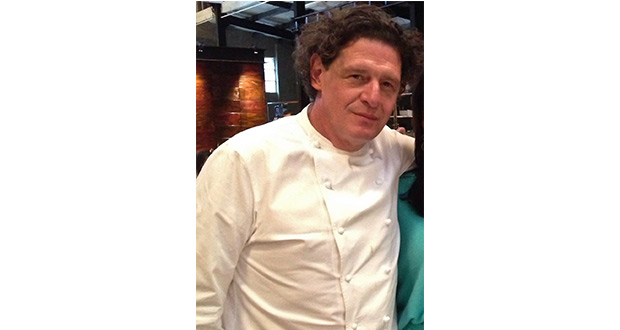 High profile chef Marco Pierre White has found himself at the centre of a “sexist row” following an interview with the Irish Independent in which he says that “women are more emotional in the kitchen” than men.

Former Michelin starred chef Pierre White, said: “The real positive with men is that men can absorb pressure better, that’s the main difference, because they are not as emotional, and they don’t take things personally.”

He added: “Look at the size of some of the pans you are carrying. Can you imagine you’re a lady in the kitchen and saying, ‘will you carry that pan for me?’ You don’t want to say that, do you?… So, men are physically stronger and they can absorb the pressure of the kitchen better.”

The comments from the chef, famous for outbursts in the kitchen and heated feuds with fellow chefs, have prompted a feverish response from many in the industry.

TV presenter Julia Bradbury said: “I haven’t read the full story but obviously there are a glut of examples of male chefs behaving very busy & ‘emotionally’ in the kitchen.

James Murray Maitre ‘D of London’s Clove Club There is no room in our industry for these out-dated views from Marco Pierre White, or any male. If you’re not speaking out against this attitude, or working to eradicate it from your workplace, you are part of the problem too. We must all work together to fight for equality