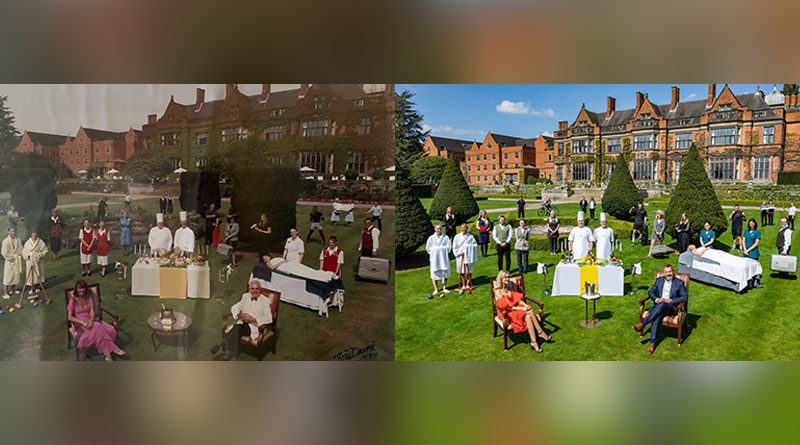 Barons Eden owned Hoar Cross Hall Hotel and Spa in Staffordshire has recreated a photograph of its staff taken in 1989, as part of the estate’s 150th anniversary celebrations. The image was originally captured to mark the reopening of the 19th Century country mansion as a day spa and hotel following its purchase by Stephen Joynes MBE. Now, 33 years later, the image has been replicated down to the last detail, including location in the grounds, positioning of the staff and furniture, and even the coloured tablecloths.

As part of the recreation, Steve Joynes, son of Barons Eden founder Stephen Joynes MBE, took centre stage, standing in his father’s footsteps and paying homage to his legacy after he sadly passed away in 2021.

Alongside the recreation, the team at Hoar Cross Hall have also recaptured a range of then and now photographs throughout the estate, including the entrance, long gallery, exterior, library and ballroom, as well as other areas of the hotel.