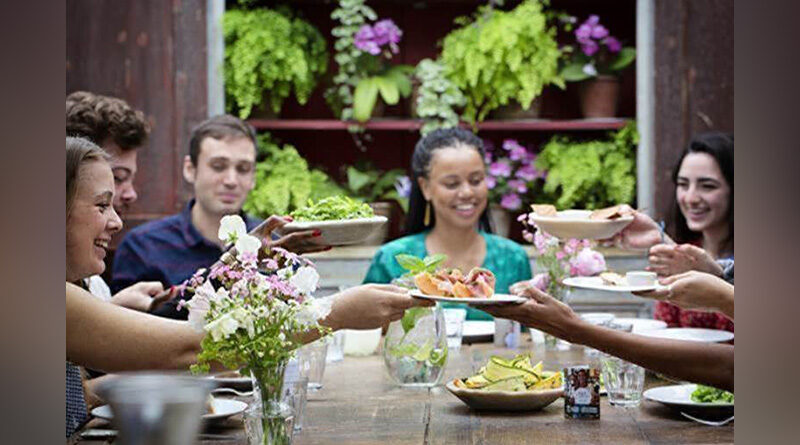 The UK hospitality industry has stepped up to the plate, raising just shy of half a million pounds – a record-breaking amount – for international charity Action Against Hunger UK.

Over 200 restaurants across the UK signed up to take part in the charity’s Love Food Give Food campaign throughout October and November 2022. By adding just £1 to a customer’s bill, these restaurants helped raise £466,154 to tackle hunger in the UK and across the world.

Award-winning restaurant group, Tao Group London (which includes restaurants Hakkasan and Yauatcha) were one of over 200 restaurant groups that took part in this year’s campaign. Lauren Dodds, Marketing Manager of Tao Group said:

“Working in the hospitality industry, we are acutely aware of the impact that food can have on people’s lives, and we are delighted to be a partnering restaurant helping support Action Against Hunger. Life-threatening hunger is such an important cause and one close to our hearts – with a love of food we are committed to helping fight the crisis.”

Action Against Hunger UK’s campaign has raised over £3.5 million since Love Food Give Food’s inception in 2011. Despite Covid-19 and the cost-of-living crisis affecting the amount of people eating out, this year’s campaign exceeded targets and raised £62,000 more than 2021.

The star of this year’s campaign was YO! Sushi. Partnering with Action Against Hunger for the second year in a row, the restaurant chain raised an impressive £241,740 across 52 restaurants.

Victoria Mathers, Head of Marketing at YO! Sushi said:

“Love Food Give Food is the perfect example of how food can be a powerful tool for change. We’re extremely proud to support Action Against Hunger UK’s campaign again this year, so more mouths can be fed across the world – including here in the UK.”

The money raised will support thousands of children and communities facing life-threatening hunger across the world including Somalia, Kenya and Ukraine.

“We are delighted to announce that Love Food Give Food 2022 has raised this record-breaking amount for the charity. This would not be possible without the immense support from restaurants and the generosity of diners. A huge thank you to everyone who took part to help us tackle life-threatening hunger.”