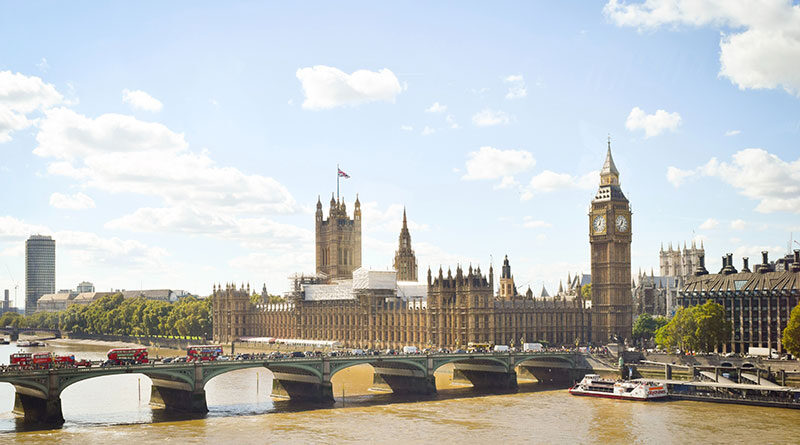 At 11am on Monday 7th November, members of the hospitality industry will converge on Parliament Square, to urge the government to revise its policies relating to hospitality venues.

At the third HospoDemo protest in two years, protestors from all corners of the industry including restaurants, bars, pubs, clubs, hotels and cafés, will come together to represent their trade. Dressed in their work uniform, they will come equipped with pots, pans, ladles, cocktail shakers, wooden spoons, last orders bells and other hospitality-related tools with which to make themselves heard. At 11am, all protestors will turn to face the Houses of Parliament and make as much noise as possible to ensure the sound resonates within the Houses of Parliament, before marching on to HM Treasury to do the same.

HospoDemo is expecting a large turnout due to the perilous position so many hospitality businesses now find themselves in, even more so than during the first HospoDemo protest in October 2020 amidst the second COVID lockdown. Operators are still reeling from the loss of business during the three lockdowns and the enormous rent debt accrued during that time. But since then, the sector has had to contend with ongoing labour shortages, followed by the onslaught of the cost of living crisis, and spiralling costs of supplies – from fresh produce to cooking oil, staff costs to crockery and glassware, and of course, surging energy prices. With operators lurching from one crisis to another, profitable trading is becoming impossible for many.

Prominent attendees from previous HospoDemo protests included chefs Yotam Ottolenghi, Jason Atherton, Tom Aikens, Fergus Henderson and Margot Henderson, along with well-known figures in the drinks industry including Monica Berg, Alex Kratena, Alessandro Palazzi, and Jan Konetzki. Well-known figures from across the industry are expected at the protest on November 7th. Hospitality professionals from around the UK are encouraged to attend, or if they cannot, to upload videos to social media of themselves making a noise with the tools of their trade at work.

This protest will centre around three main demands to the government, with the primary aim being a VAT reduction to 10% including alcohol sales, putting the UK in line with many European neighbours. Protestors are also urging to the government to reinstate the business rates holiday, and are demanding they introduce a visa scheme to allow overseas workers to work in hospitality, in an attempt to plug the labour shortage that started with Brexit and was compounded by COVID.

Sacha Lord, Night Time Economy Adviser, Greater Manchester, commented:
“As a sector, we came together over the last few months and unified our calling on the government. We don’t need handouts, we need a reduction in VAT and business rates relief. It is now clear to me, that not only do the government not care about the third biggest sector in the UK, they are quite happy to sit back and watch it collapse. If they will not listen to us, we have no alternative but to make them listen. This is businesses, jobs and lives we are fighting for.”

Michael Kill, CEO, Night Time Industries Association, commented:
“The hospitality and night time economy sectors have suffered immeasurable damage over the last 4 years, with the current crisis putting 3 out of 4 businesses now at risk of closure in the coming weeks and months, with hundreds of thousands of jobs at risk, wasting billions in public funding which supported them during the lockdowns. The fiscal intervention announced by the government did nothing to stem the current crisis, clearly ignoring industry demands of VAT and business rates relief. This has resulted in anger and frustration across the sector reaching boiling point, leaving an entire industry feeling that it is being wilfully neglected to the point of collapse, with no alternative but to take direct action.”

Claire Bosi, Editor, Chef & Restaurant Magazine, commented:
“The UK hospitality sector delivers far more to the economy than many people realise. From taxi companies to the beauty industry to professional services such as architects and accountants, a healthy hospitality sector creates revenue for so many third party businesses, while also providing many opportunities for employment. It is, indeed, the very first exposure to work that is experienced by most teenagers and students as they begin to progress into young adult lives. We have tried writing to MPs, we have all taken to social media to express our concerns, yet the support that is needed is not there. Not one minister has the courage to stand up and defend the third biggest sector in the UK by insisting the PM and Chancellor listen. We have no alternative, but to take to Parliament Square. We have to make them listen, or face the consequences of heavy losses of jobs, businesses and ultimately lives.”

From Night Time Industries Association Flash Poll of 378 Night Time Economy Businesses taken from 16th – 18th Sept
• 3 Out of 4 businesses surveyed are barely breaking even (47.7%) or losing money (24.8%)
• 23% businesses surveyed would not last more than a few months (40.6% of businesses surveyed would not last more than 2-3 months) under the current operating cost levels.
• 80.6% of businesses surveyed had seen footfall decrease & 82% had seen revenue decrease in the last 3 months of trading
Businesses were asked what would have the greatest impact on their business survival –
• 84.3% VAT Reduction / 66.8% Energy Freeze / Cap / 59.4% Business Rates Relief Extension / 31.8% National Insurance Reduction / 6% Other – Including Grants / Corporation Tax Reduction / Freeze on Loan Payments
Economic Statistics Relating to the Hospitality Industry

The sector creates £130bn in economic activity and generates £39bn of tax for the Exchequer, funding vital services

Hospitality represents 10% of UK employment, 6% of businesses and 5% of GDP

Hospitality is the third largest private sector employer in the UK; double the size of financial services and bigger than automotive, pharmaceuticals and aerospace combined