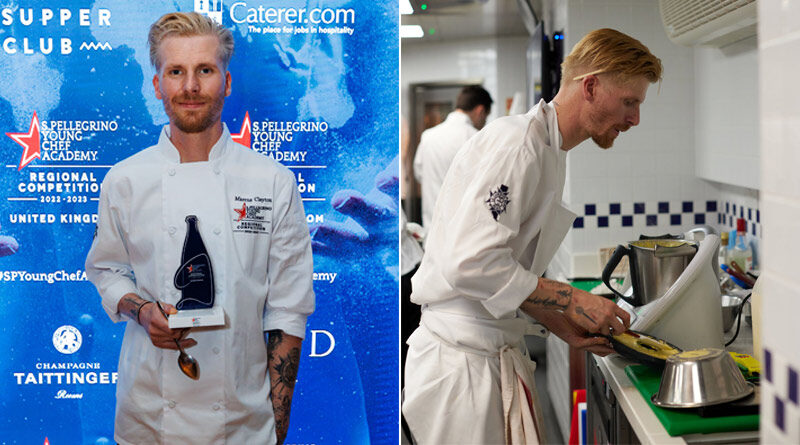 After rounds of competitive cooking and outstanding displays of culinary prowess by some of the most talented young chefs in the UK, S.Pellegrino Young Chef Academy has recognised Marcus Clayton as the winner of the competition’s regional final at BAFTA last night.

Marcus, who emerged in the competition for his brilliant talent, beating eight other finalists and rising to the top of thousands of applicants around the world, will be participating in the Grand Finale that will take place in Milan in 2023.

The 26-year-old chef lives in Rye, East Sussex, and works at the Hide and Fox restaurant in Saltwood, Kent. He has been working in kitchens since he was just 14 and went to Sussex Coast College.

At the competition final, which took place at CORD in London, Marcus won over the renowned jury, including Sat Bains and Claude Bosi, with his signature dish, Celeriac, Apple and Mushroom. It’s a dish he’s been perfecting over the years and one he chose to put forward to show how delicious vegetables can be.

Marcus Clayton comments:
“I am delighted to have won, it’s very surreal and I can’t wait to represent the UK at the grand final. It’s been a great experience so far, especially getting direct feedback from the esteemed judging panel. I’m looking forward to working closely with Lisa (Goodwin-Allen) on my signature dish ahead of the next stage in Milan.”

To help Marcus on his journey to the Grand Finale in Milan, he has been assigned Michelin-starred chef, Lisa-Goodwin Allen, as a mentor who will provide him with guidance on how to improve his signature dish and support him in his preparation for the international finals. 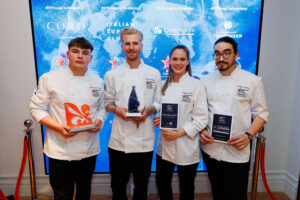