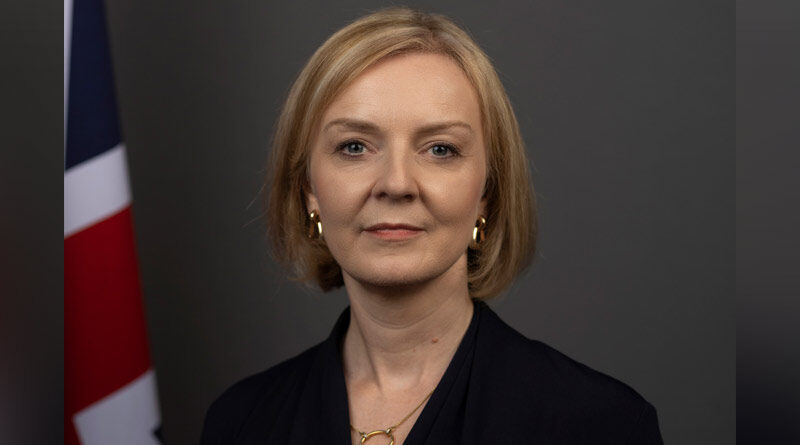 The Prime Minister announced that corporation tax will rise to 25%, rather than remain at 19% which was announced in September’s mini-budget.

In a brief statement after a day of turmoil, she reversed planned cuts to business tax aimed at boosting growth.

She admitted “parts of our mini-budget went further and faster” than the markets were expecting.

But she insisted she would stay on as PM to see through her “mission” to get the economy growing.

“I’m absolutely determined to see through what I promised – to deliver a higher growth, more prosperous United Kingdom to see us though the storm we face,” Ms Truss said, adding that the government had to act now to stabilise the markets and protect the UK economy.

The announcement was made in a press conference this afternoon after Chancellor Kwasi Kwarteng was dismissed from his position. Former health secretary Jeremy Hunt has been announced as the new chancellor of the exchequer, while Ed Argar will take over chief secretary to the treasury.

The corporation tax increase will be another blow to the hospitality industry, who while disappointed by the lack of cuts to VAT and business rates in the last fiscal announcement, will be disheartened at yet another bill to be added to their outgoings. That said, to quote the night-time economy adviser of Manchester, Sacha Lord, last month “corporation tax cuts are completely useless if businesses aren’t turning a profit, or worse, closed”.

“Prior to the energy crisis, which is proving to be so devastating, the sector was forecast to grow by 3%. We’re pleased that the government has stepped in to provide key relief to businesses to help weather this storm, but there is real desire from our dynamic hospitality businesses to return to those levels of growth.

“To achieve this growth, we now need to see government take a longer-term look at what will boost businesses and inspire confidence to invest. Addressing pre-profit taxes by reforming the business rates system, which is currently not fit for purpose and places an unfair burden on hospitality businesses, and introducing a lower rate of VAT would be two galvanising actions from the government that would enable hospitality businesses to grow and also reward the consumer.”