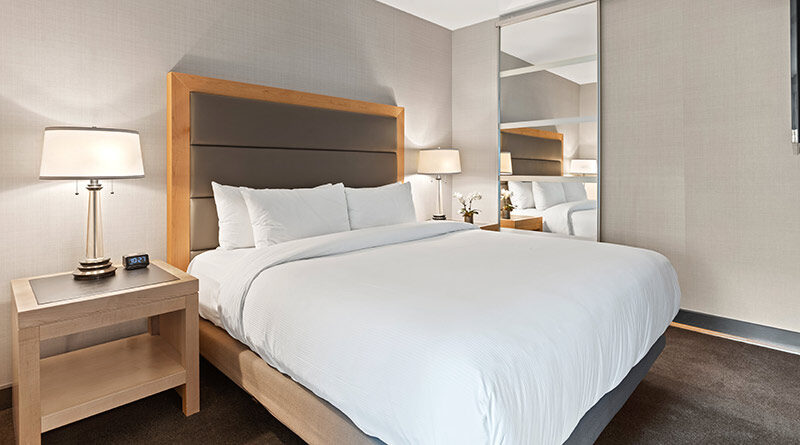 Occupancy rates of London hotels increased again in October, suggesting weak consumer confidence hasn’t yet hit the sector in the UK’s capital, according to the RSM Hotels Tracker.

The data, compiled and produced by Hotstats and analysed by RSM UK shows that occupancy rates in London were up from 73.9% in September to 76.3% in October – overtaking the rest of the UK for the first time since the start of the pandemic. Occupancy rates of UK hotels dipped slightly from 75.4% in September to 74.5% in October. Hoteliers are yet to reach pre-pandemic occupancy levels of 84.5% (London) and 81% (UK) in October 2019.

Chris Tate, head of hotels and accommodation at RSM UK, said:
‘London hoteliers will be pleased that they aren’t yet seeing the downturn in occupancy that we would expect at this time of year. As a whole, the hotel industry is managing to hold up relatively well and hoteliers aren’t having to dip into the reserves that were accumulated during the summer. This is likely to be helped by existing demand which means they can pass on inflationary price increases for now.

‘Although the near record low consumer confidence has been filtering through to other sectors such as retail and restaurants, it doesn’t appear to be hitting the hotel sector so far, but it may just be a matter of time.
‘Many UK hotels are currently being shielded from the well-publicised surge in energy costs, many of whom are likely to still be benefitting from fixed price energy tariffs. But once these come to an end in the coming months and demand slips away, it may be a different story for the sector.

‘Hoteliers will be feeling particularly nervous about the upcoming industrial strike action which is scheduled to take place during the all-important Christmas period. In what was hoped to be a booming end to the year with Christmas parties and overnight stays, this could all be derailed, making for an even more painful January next year, which already tends to be a bleak month for the industry.’