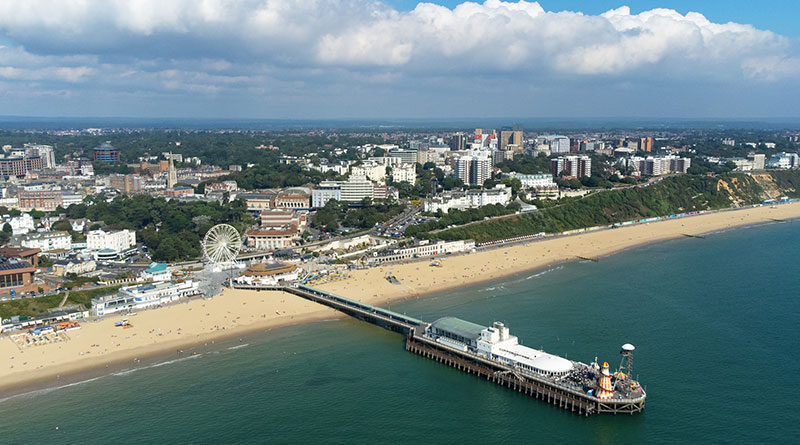 The seaside destinations of Blackpool, Bournemouth, and Plymouth topped their pre-pandemic performance across average daily rates and revenue per available room, according to new analysis by commercial real estate firm Colliers has found.

Colliers’ UK Hotel Market Performance report examined the performance of 25 UK hotel submarkets during 2021 and in its latest report, the firm found that hotels in the seaside destinations were able to secure between 25 per cent and 45 per cent higher room rates than in 2019, helping to stave off rising costs of operation. This resulted in the destinations achieving up to 20 per cent higher RevPAR than their 2019 results.

Although occupancy across the submarkets never matched 2019’s results due to the Government enforced lockdown at the beginning of last year, Bournemouth, Plymouth and Exeter were among the most popular destinations for domestic holiday makers, behind the region of Gloucester, and Norwich in 2021.

Marc Finney, head of Hotels & Resorts Consulting at Colliers, said: “ADR growth across the UK outstripped inflation last year, with 15 out of the 25 markets we analysed recording average room rates above pre-pandemic levels, and at least five submarkets exceeding their 2019 RevPAR as well. This was a result of various factors, including the UK Government’s temporary VAT reduction, as well as higher consumer spending observed across the country.
Leisure markets particularly seaside destinations continued to lead the path to recovery, with five markets, Bournemouth, Blackpool, Bath, Plymouth and Exeter even exceeding 2019 RevPAR levels.”

Each of the top seaside destinations are often popular with domestic travellers: Bournemouth is seen as the closest thing to an international beach destination. Plymouth is considered Britain’s Ocean City and benefits from its wide range of leisure attractions such as the Royal Theatre and the National Marine Aquarium. Blackpool particularly benefitted from the 125th anniversary of Blackpool Pleasure Beach and The Empress Ballroom celebrations in 2021, which created additional demand and an increase in room rates as well as the opening of the new Boulevard Hotel, which was ranked amongst the top 10 per cent of all hotels worldwide in the 2021 TripAdvisor Traveller’s Choice Awards, also helping to support higher rates across the submarket.

Colliers found that historically strong markets such as London and Edinburgh continued to struggle during last year, however with the re-opening of international travel and return of business conferences, fortunes for these markets are expected to return this year: hotels in London are already reporting high volumes of forward bookings for the coming months and overall the firm expects hotel performance for the majority of UK markets will return to pre-pandemic levels by the end of this year.

Marc added: “The staycation boom of the previous two years is likely to remain for at least the next 12 months, if not beyond. Surveys last year found that people were considering taking two breaks this year, a domestic staycation as well as travelling abroad. At Easter, we experienced the first test for the travel sector which resulted in significant disruption at airports and flight cancellations. This could result in some people rethinking their plans, which means further opportunities for the UK’s hotel market, which has become adept at pivoting their offer and streamlining their revenue costs over the last two years. While costs are increasing, average daily rates and consumer spending has been keeping in line with these and should ensure that profitability within the sector continues this year.”