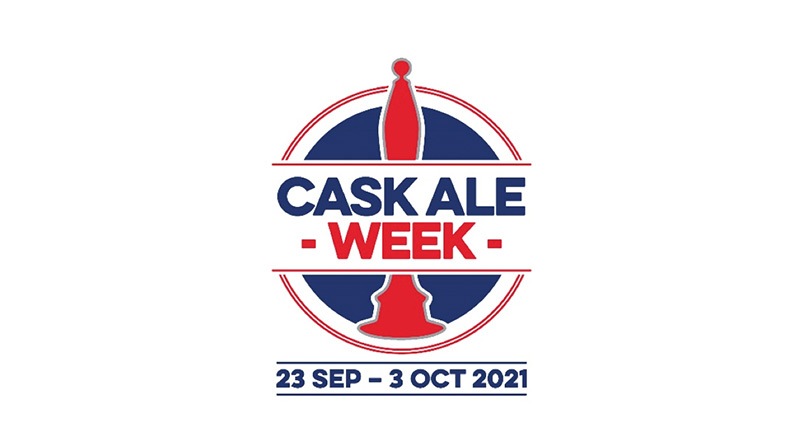 Industry bodies are making a clarion call to pubs, bars, pubcos and breweries for this year’s Cask Ale Week, this week (23rd September to 3rd October), to be part of their comeback strategy.

“It’s not enough for pubs to be the hot topic now as they re-open their doors,” says Paul Nunny of Cask Marque. “To survive, they – and breweries – need to stay right at the centre of the national conversation, and right at the heart of their communities. Cask Ale Week has an important role to play in this endeavour.”

“Cask Ale Week is something round which pubs, bars, pubcos and breweries can rally. They can do their own thing, but doing it under one banner will give cut-through that’s unachievable by working alone,” says Nunny.

He points to the fact that even before lockdowns were introduced, retailers were desperately trying to encourage shoppers to mimic the pub experience at home with ‘big night in’ type deals. “In many ways, the pandemic appeared to play into their hands.  But the reality is, there’s a big difference between socialising in private and public space.

“it’s fantastic that the industry is joining hands for Cask Ale Week, encouraging every colleague, every partner, every customer to get involved.  Let’s all shout in unison from the rooftops about Britain’s amazing pubs, breweries and beers, celebrating them now – and protecting them for generations to come.”

CAMRA chief executive Tom Stainer says: “CAMRA has long been a supporter of Cask Ale Week, and after an incredibly difficult year for the industry, we’re looking forward to joining forces to support and promote UK pubs and breweries.

“Pubs matter and are a vital part of our communities up and down the country. What’s more, the pub is the only place you can get fresh cask ale from your local brewery. We are urging everyone to celebrate Cask Ale Week from 23rd September to 3rd October in style, by getting back down to their local pub, social club or brewery taproom and enjoying a pint of cask ale.”

British Beer & Pub Association chief executive, Emma McClarkin, says, “We have all missed a proper pint of Cask Ale in the pub during the last year.

“Pubs are the home of Cask Ale and both have struggled due to the pandemic and forced closure. With the sector reopening once more, it is vital we promote our pubs and the range they have on cask which they so expertly keep and serve. Doing so will help our brewers and pubs in their recovery.

UKHospitality chief executive officer, Kate Nicholls, says: “Cask Ale Week is a wonderful opportunity for customers to come and celebrate all that is great about pubs, communities and British beer. It’s one of those occasions that has been sorely missed during the incredibly difficult period the industry has suffered.

“We’d urge publicans and other operators to take advantage of the campaign, encourage people back to their venues and experience the joy of raising a glass together.”

SIBA chief executive, James Calder, says, “Cask beer is truly unique and worthy of our celebration during Cask Ale Week, a campaign very close to independent brewers’ hearts and one which SIBA have supported from its inception.

“The vast majority of the beer brewed by independent breweries is cask, so with pubs now reopen across the UK we are encouraging people to get out there and enjoy a pint of cask beer from a local independent brewery.

“Fresh cask beer is only available in pubs and taprooms, so now cask is back in pubs get out there and support your locals with a pint of something delicious!”

Cask Ale Week is open to all to use. The only requirement is that any cask beer crossing the bar into the hands of customers is served in excellent condition. “Use our banner, exploit the opportunities, join forces – but for goodness’ sake, make every pint a great one,” concludes Paul.