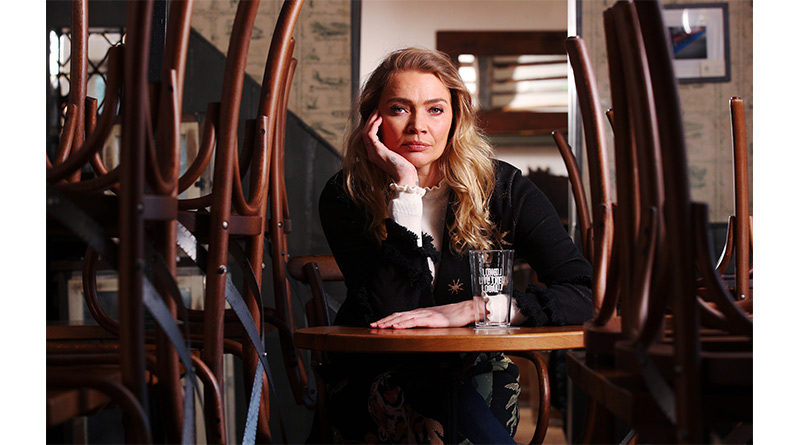 Model and publican, Jodie Kidd is making a final desperate plea to Chancellor Rishi Sunak, to cut Beer Duty in the upcoming Budget on 3rd March.

Jodie, who owns The Half Moon pub in Kirdford, West Sussex, first started petitioning Government for a cut in Beer Duty in 2018, when on average, three pubs a day closed their doors for good. Despite three long years of campaigning with Long Live The Local, almost 500,000 petition signatures and more than 250,000 people writing to their MP, the Government is yet to reduce Beer Duty, a tax which is three times higher in the UK than the average across the EU and 11 times higher than in Germany and Spain.[1]

Since taking the reins of her local pub in Kirdford, Jodie has experienced the tax pressures publicans face first-hand. She comments, “Pubs face a range of tax pressures including VAT, Business Rates and Beer Duty. I first backed the Long Live The Local campaign in 2018, when pubs were already struggling to survive with three pubs closing every day. The Government must act to help save pubs from the dire situation they face now. Following a year of lockdowns, severe trading restrictions and huge uncertainty, almost 2000 pubs closed their doors for good – that`s five local pubs every day[2] – gone forever. We must do everything we can to protect others from the same fate.”

In 2020, 87 million pints were poured down the drain costing pubs and brewers £331million[3]. On top of this, trading restrictions and lockdowns hit pub beer sales by 56% – worth £7.8bn[4]. There are now growing concerns about the planned RPI linked increase in Beer Duty in the upcoming Budget which seriously questions the survival of pubs and breweries. On average, £1 in every £3 spent in the pub already goes straight to the taxman[5]. In the UK for every pint of 5% ABV beer you pay 54p in Beer Duty, however for the same pint in Spain you would pay only 5p. With seven in 10 alcoholic drinks served in pubs being beer[6], a Beer Duty rise will impact pubs disproportionately, putting them under even more financial pressure.

Jodie was forced to close her pub for the third time during the most recent lockdown. Even when pubs were able to open, like many, her small village pub struggled to make a profit while it was operating at limited capacity to meet social distancing guidelines. Jodie says “Throughout the last year, the pub industry has had to make huge financial sacrifices. Landlords like me are desperate to be open and welcome back our locals at the right time, but the thought of having tax increases to cope with on top of all this is unbearable. A cut in Beer Duty will help pubs which are the backbone of local communities up and down the country. Not only do they provide livelihoods but also a social and cultural hub that so many of us are deeply missing at the moment.”

David Cunningham, Programme Director of Long Live The Local, says, “Almost half a million people have signed the petition and 250,000 have written to their MP urging them to cut Beer Duty to help local pubs and brewers. While a freeze in Beer Duty was welcomed in March 2020, pubs and brewers have faced a year of lockdowns and severe trading restrictions. The Chancellor must recognise the plight facing pubs and brewers and give them the cut for which they, and so many people, have been asking for three years – it’s never been more needed. Without support from Government, we’re at real risk of losing thousands more pubs from our villages, towns and cities”

Emma McClarkin, CEO, British Beer & Pub Association said, “The industry has shown resilience and agility, with many publicans turning their venues into entirely new operations in order to survive the lockdowns and continue providing vital support to their local communities.

We appreciate all the Chancellor has provided the beer and pub industry throughout the pandemic, but the job is far from over. A cut in Beer Duty will give our publicans and brewers an opportunity to reduce mounting costs, allowing them to survive and thrive when they are able to open again.”

[1] Brits pay more than 54p (54.2p) in duty on every pint of beer they enjoy (5% ABV). Comparatively, in Spain and Germany the beer duty rates amount to just 5p per pint (5.1p and 4.8p respectively) – which means the UK pays eleven times more! Only Finland and Ireland pay higher rates in Beer Duty.

The UK has the highest beer duty bill in Europe; According to Brewers of Europe Data, Spain brewed 6.7 Billion pints in 2018 whilst Britain brewed 7.4 Billion pints. Despite these comparable levels, Spanish Government collected just £313 Million pounds in beer duty compared to £3.6 Billion paid to the Government in the UK.