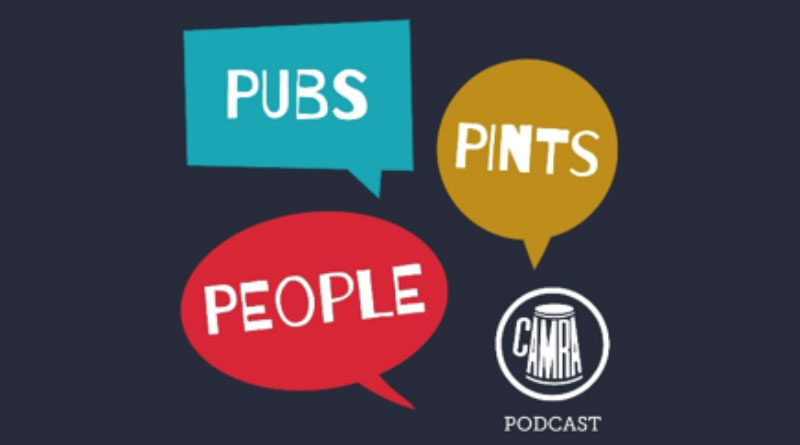 The popular CAMRA podcast Pubs. Pints. People. is shining a light on diversity and inclusion in the beer world in its latest episode, ‘Beer is for everyone’, hosted by the South Devon branch.

Hosts Clare Phillips and David King are joined this month by Helen Smith, founder of the Burum Collective, which is working towards a safer, healthier and more equitable working environment for those within the drinks and hospitality industry.

Helen sits down with the founder of Ask for Clive Danny Clare to discuss their highly popular Pub Pride event, which took place on 27 May. Danny has made it his work to try and ensure pubs and beer festivals are inclusive spaces where everyone feels welcomed and outlines why he thinks action is needed across the beer and pubs industry. CAMRA supported and promoted Pub Pride as part of its Summer of Pub campaign this year and is rolling Ask for Clive out at the Great British Beer Festival, its flagship event taking place from 2-6 August 2022.

The hosts also sit down with Vice Chair Abigail Newton to discuss CAMRA’s Inclusion, Diversity and Equality review, what it means for the organisation and what to expect next.

CAMRA Vice Chair Abigail Newton said: “It’s an enormous undertaking because we have not only asked thousands of members and non-members about their interactions with the Campaign at all levels, but we are also reviewing all documents and processes in place, particularly with regards to our Code of Conduct and disciplinary procedures.

“Enthusiasm for the project has been tremendous to date, despite being accused of ‘going woke’ when we first launched. While it’s sad to lose members, we’re not ‘going woke’, we’re being inclusive, and we’d rather have people at CAMRA who also want to be inclusive.”

The episode was hosted by the South Devon branch, which runs what has been dubbed the ‘friendliest beer festival’ by visitors. The Sunshine Beer Festival will take place at the Teignmouth Rugby Club from 21-23 July 2022.

Edgar Halton from CAMRA’s South Devon branch said:
“At the last festival we were told by visitors that it was the friendliest beer festival they had ever been to, and I think that is the ultimate accolade. There’s a huge range of events and activities taking place this year – from pig racing to a visiting choir, so make sure to mark your calendars if you’ll be holidaying (or local!) to the South Devon coast.”