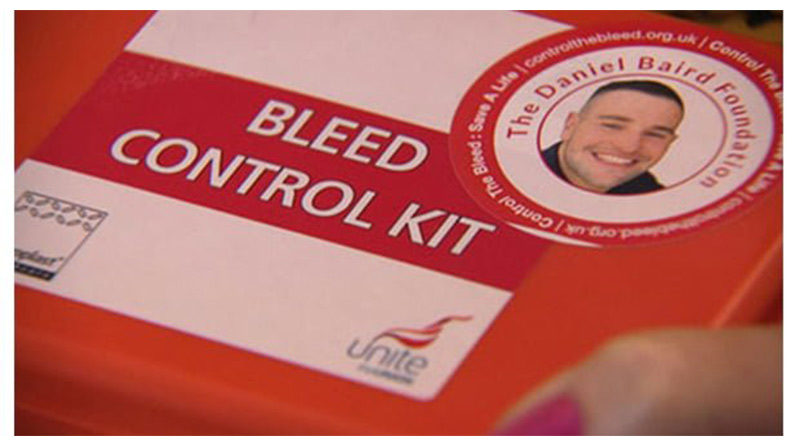 Pubs and clubs in London’s financial district are to be given more than 300 stab kits in the wake of rising knife crime, police have announced. The initiative – which will see a total of 320 of the kits being distributed across London’s financial district in the next few weeks – is the biggest of its kind in the country. Full training in how to use the kits, which contain emergency trauma dressings, specialised tourniquets and adhesive chest seals, is also being provided.

The latest figures from the Office of National Statistics show that the City of London saw a steep rise in knife crime last year, up 43 per cent to 57 incidents in 2018-19. Meanwhile, the Metropolitan Police Service has launched more than 100 knife or gun-related murder investigations in the year up to September.

In the 12 months to June 2019, there was a record high of 44,000 knife crimes in England and Wales. NHS England figures show hospital admissions for all injuries caused by an assault with a knife or sharp object have gone up by almost a third since 2013, to 4,986 last year.

The scheme follows a similar launch by West Midlands Community Safety Partnership earlier this year in partnership with The Daniel Baird Foundation.

Mr Baird was just 26 when he was fatally stabbed at a pub in Digbeth, Birmingham, following a night out with friends in 2017. No first aid was available and his mother Lynne Baird, who started the foundation, believes her son would have survived had he been treated with a bleed control kid.

On average, it takes an ambulance responding to a 999 call from someone with life-threatening illnesses or injuries seven minutes to reach a patient. However, death from blood loss following a shooting or stabbing can occur within three to five minutes. It is hoped the kits will help to keep victims stable until paramedics can arrive.

City of London Police’s Assistant Commissioner, Alistair Sutherland, said: “The City of London Police is proud to launch this initiative, in partnership with the Daniel Baird Foundation, as part of Lynne’s passionate campaign in memory of her son. These kits will help us achieve our aim of making the City as safe as possible for the people who live, work and visit the Square Mile.

“Daniel’s death was a tragedy that no parent should ever have to suffer. The initiative we’re launching with Lynne’s foundation today, will help Daniel’s memory go on in the lives that will be saved.”

The force is covering the £25,000 cost with money raised by the local council from a levy on licensed premises which operate past midnight.

Lynne Baird said: “I’m very proud of what the Foundation has achieved so far, initially in West Midlands and now with the City of London Police, but I don’t want it to stop here. I hope that this launch today will spark more forces to join our campaign and help make these kits available up and down the country.”