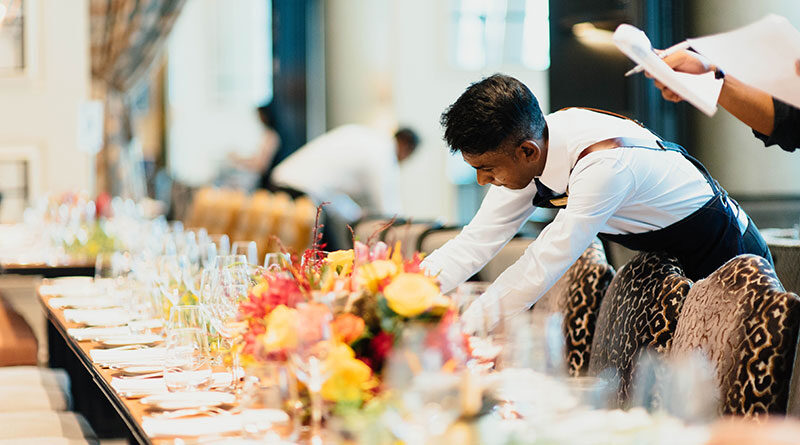 Millions of UK workers will receive a pay rise from Friday 1 April 2022, as the National Minimum Wage and National Living Wage rise comes into effect.

The uplift in wages, which will benefit around 2.5 million people, includes the largest ever increase to the National Living Wage. It will put £1,000 a year more into full-time workers’ pay packets, helping to ease cost of living pressures.

As a direct result of government action, the current number of employees on the payroll is over 600,000 more than pre-pandemic levels – and unemployment has fallen to 3.9%.

Business Secretary Kwasi Kwarteng said: “We have never been more determined to make work pay, and by providing the biggest cash increase ever to the National Living Wage from 1 April, we are giving a boost to millions of UK workers.”

“While no government can control the global factors pushing up the cost of everyday essentials, we will absolutely act wherever we can to mitigate rising costs.”

“With more employees on the payroll than ever before, this government will continue to stand up for workers.”

The uplift will particularly benefit workers in sectors such as retail, hospitality and cleaning and maintenance. Apprentices will also get a large 11.9% increase to their minimum hourly pay, with 21 to 22 year-olds seeing an immediate 9.8% rise. The National Living Wage, the minimum wage for over 23 year-olds, will now move up to £9.50 an hour.

Last year, the age threshold for the rate moved from age 25 to 23, meaning that more young workers are now eligible for a higher wage.
The new National Minimum Wage and National Living Wage rates are both statutory minimums, and businesses are encouraged to pay workers above these whenever they can afford to do so. 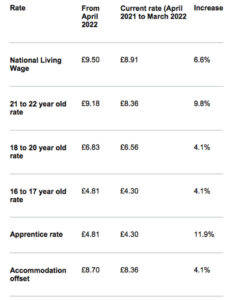 With the rates going up from 1 April, workers across the UK are being urged to check they are being paid properly. This can be done by visiting the Check Your Pay site, which also offers advice on what to do if you are being underpaid.

The government also announced it will be launching a communications campaign in the coming weeks to help increase understanding among minimum and living wage earners around the wages they are legally entitled to, as well as the steps they can take if they are concerned they are being underpaid.

The Chancellor Rishi Sunak said: “This historic increase will mean a pay rise for millions of hard-working Brits – with an average full-time worker pocketing an extra £1,000 a year.”

“We’re doing everything we can to ensure people keep more of what they earn in these challenging times, with a new Tax Plan that delivers tax cuts for nearly 30 million people as well as £22 billion to help with the cost of living.”