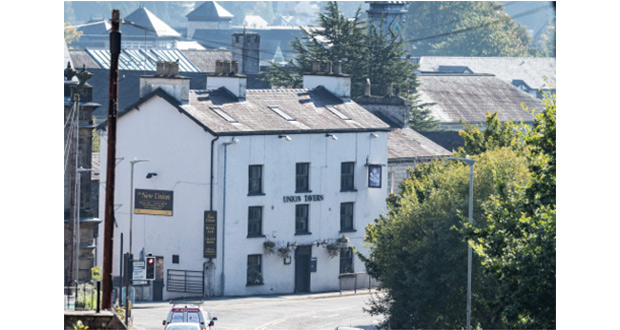 The New Union pub in Kendal has scooped CAMRA’s prestigious National Cider Pub of the Year Award for its wide array of real ciders and perries available.

Nestled on the fringe of the Lake District, this ‘no-nonsense’ pub is a popular community hub hosting a weekly quiz, fortnightly music nights, carol singing, live music and whisky tastings. It works closely with Kendal businesses to offer local produce and boasts ‘great beer, good craic and a friendly atmosphere’ and re-opened just two years ago following an untimely closure.

The presentation to the New Union will be on the 1st of October at 1.30 pm to kick off CAMRA’s ‘Cider Month’, a month-long promotion of real cider and perry production. CAMRA members will be organising hundreds of events to celebrate one of their favourite drinks as producers across the country prepare to harvest apples.

Phil Walker from the New Union said: “I’m absolutely honoured that The New Union has won CAMRA’s National Cider Pub of the Year Award. To go from opening the pub just two years ago to being able to compete against the finest cider pubs across the country makes me incredibly proud.

“I want to say a massive thank you to the judging panel for selecting the New Union and to our loyal customers here in Kendal who have helped us get where we are today.”

Sarah Newson who organises the competition said: “This is a remarkable achievement for a previously closed pub to win national recognition so quickly after re-opening. The New Union boasts an excellent range of real ciders and perries in an area that isn’t usually known for cider and perry, and we’re pleased to see such an offering on the fringe of the Lake District.”

Other finalists in the competition include last year’s Club of the Year winner the Appleton Thorn Village Hall in Appleton Thorn, Cheshire, Larkins’ Ale House in Cranbrook, Kent and the Woodbine in Waltham Abbey, Essex.