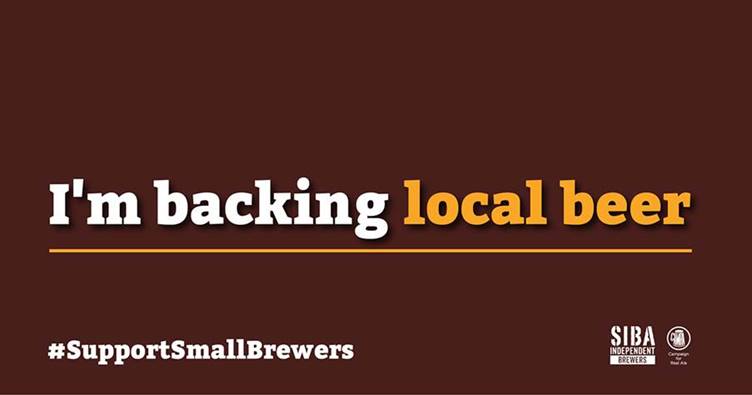 A cross party group of MPs, including former Pubs Minister Andrew Percy, are calling on the Chancellor to reconsider changes to a scheme which has transformed the small brewing sector in the UK.

In a letter signed by 103 MPs, they argue that altering Small Breweries’ Relief (SBR) will put a great British success story under threat at a time when many businesses are struggling to survive.

SBR has provided the basis for growth and innovation in the brewing sector and means there is a small brewery in nearly every constituency, employing 6,000 full time jobs and contributing £270 million to GDP each year.

The letter has been signed by Members of Parliament from across the political divide – including a significant number of Conservative MPs who see local brewers as key parts of their local communities and crucial to the levelling-up agenda. 15 MPs went to the House of Commons in November to speak in a debate on the subject, while more than 50,000 people from across the UK have signed a petition calling for the Government to reverse the decision.

“Small breweries have been at the heart of the craft beer revolution and exist in every part of the UK. They’re often led by entrepreneurial young people, whose innovations in brewing are helping expand choice for the increasingly discerning British drinker.

“Small Breweries’ Relief is key to the success of our small breweries that are leading innovation, creating jobs in our communities and helping to bring people together. The brewing sector has been hurt badly by Covid and needs Treasury support to thrive. Now is not the time for the Government to turn its back on our small breweries by introducing potentially damaging changes to SBR”.

Under the current system, small breweries pay a proportionate amount of tax on the small amount of beer they produce compared to the global companies that dominate the industry. Up to 5,000 hectolitres – which is about 900,000 pints – they pay 50% of beer duty to the Treasury.

Plans announced by the Treasury in July will see the 50% threshold reduced from 5,000 hl to 2,100hl – meaning that over 150 small breweries will have to pay more tax. At the same time, those larger in size will pay the same amount of tax or less. The Treasury also proposes converting the relief to a ‘cash basis’ which could see support for all brewers receiving SBR being eroded away.

Chief Executive of the Society of Independent Brewers, James Calder said: “SBR has been a great success, revolutionising brewing in the UK and allowing more brewers to start up and compete against the global companies that dominate beer in our country. The Chancellor is forcing destructive changes on small breweries, which we have not asked for and do not support. The Treasury needs to urgently reverse course, not reduce the 50% threshold below 5,000hl and give the industry something to cheer about.”

This letter comes as the Treasury announces plans to plough ahead with the changes and has launched a technical consultation to consider how to implement them.

Small breweries have been amongst the hardest hit during the Covid crisis, losing 80% of their sales during the lockdowns when the pubs have closed without the same Government support package as the hospitality sector.