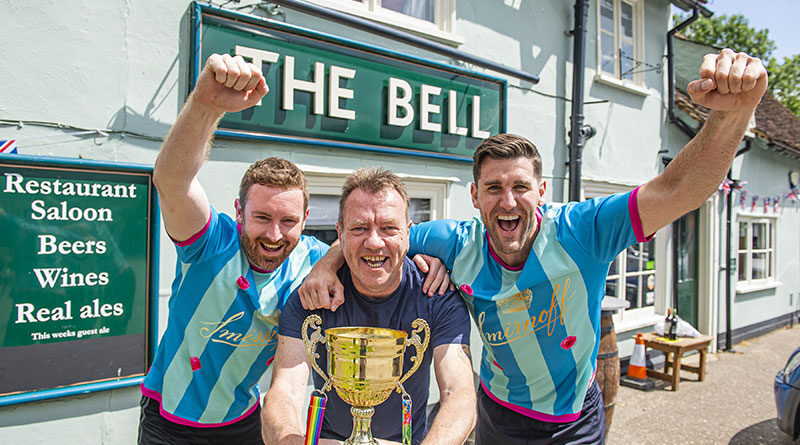 The Greene King Carling Cup was hosted at The Bell Inn in Panfield near Braintree, a Greene King Pub Partners pub run by Graham Bedford, which features a full-size football pitch. 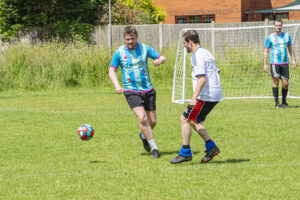 In total, 10 teams took part in the tournament, ranging from Greene King and Carling members of staff to Greene King Pub Partners licensees and suppliers. After 7 matches, a team comprising of staff from Diageo lifted the ‘Greene King Carling Cup’ in a thrilling final.

The tournament was made possible thanks to sponsorship from Carling, who provided a bar along with football kits, pitch boards, a mural and even gazebos and stadia seating to make the ‘Greene King Carling Cup’ final experience just like a professional football cup final. 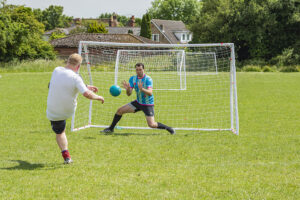 Coca Cola also kindly supported the day by providing complimentary soft drinks for all the players and volunteers involved in the tournament.

To round the day of football off, a charity auction was also held at the end of the tournament to top up the amount fundraised for Macmillan Cancer Support. All of the money raised will help the charity continue to do whatever it takes to provide vital care and support for people living with cancer. 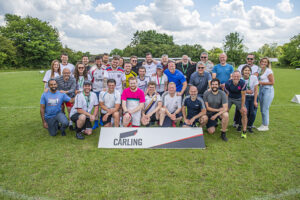 “We’ve had a great day hosting a really fun football tournament, but more importantly we have raised over £5,000 for Macmillan Cancer Support. Thank you so much to the team at Carling and Graham at The Bell Inn for helping make the Greene King Carling Cup possible.”

“Pubs are a force for good and the Greene King Carling Cup football tournament shows just that. I am proud to have teamed with our Partner Graham and Carling to raise funds for the great work Macmillan Cancer Support do and look forward to making this an annual event in the calendar.”

“Thanks to James at Greene King and Graham at the Bell for letting us be involved in supporting such fantastic fundraising. Carling are proud to support Greene King’s charity partners and it was great bringing back the famous Carling Cup for this special event.”