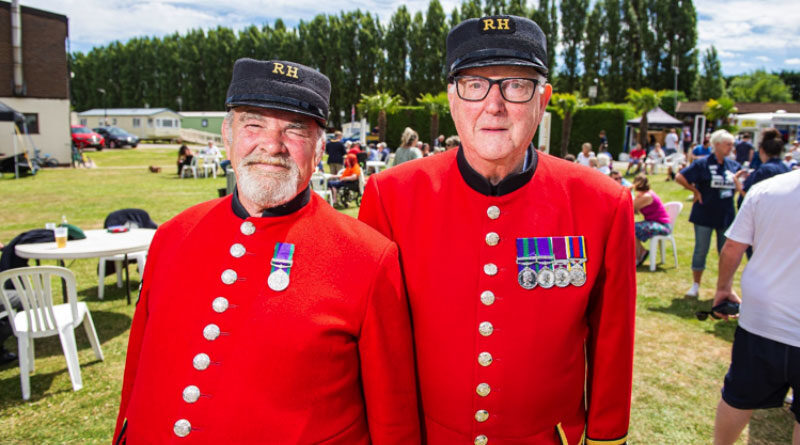 Holiday park operator Parkdean Resorts has continued its work in supporting the Armed Forces with a number of recent activities and events.

As a strong advocate of the contribution and sacrifices those in the Armed Forces make, Parkdean Resorts runs a number of initiatives to support Veterans, serving personnel and the families of those in the Army, the Navy, and the Marines, and is currently working towards achieving the Armed Forces Covenant Employer Recognition Scheme Gold Award. The company also recently sponsored this year’s Armed Forces Day National Event in Scarborough, and was the headline sponsor for the evening Marines concert.

Earlier this year Parkdean Resorts partnered with SSAFA – the Soldiers, Sailors, Airmen and Families Association – the Armed Forces charity, and has so far raised almost £6,000 for the charity. The company recently hosted a ‘Big Brew Up’ as part of its fundraising activities, which saw 50% of all breakfast sales on 20th June between 9-11:30am donated to SSAFA, and donations were also collected from staff at Parkdean Resorts’ Gosforth head office. All funds raised will go towards providing much-needed support to more than 79,000 Veterans and personnel in the Armed Forces community.

Parkdean Resorts’ staff have also been generously donating their time towards the cause. Nikki Porter, Admin Manager at St. Margaret’s Bay Holiday Park, Kent, recently raised over £230 by taking part in SSAFA’s 13 Bridges Challenge, a ten-mile walk crossing the Thames via thirteen bridges in Central London.

Commenting on her fundraising efforts, Nikki said:
“It was a privilege to take part in the 13 Bridges Challenge to raise money for SSAFA, and I’m thrilled to have played a part in helping this fantastic cause. The work SSAFA do is crucial in ensuring the Armed Forces get the support they need, and our work with this charity at Parkdean Resorts is something I’m delighted to be part of.”

Steve Richards, CEO, Parkdean Resorts, said:
“Our ongoing work with the Armed Forces is a source of tremendous pride for the business and we’re thrilled to support in any way we can. We have great admiration for the work the Armed Forces do and the sacrifices they and their families make, and it’s fantastic to see staff across the board at Parkdean Resorts getting involved in the fundraising. Well done to Nikki and all at our head office for their efforts; we know this will make a real contribution to the fantastic work SSAFA do in supporting our Armed Forces.”