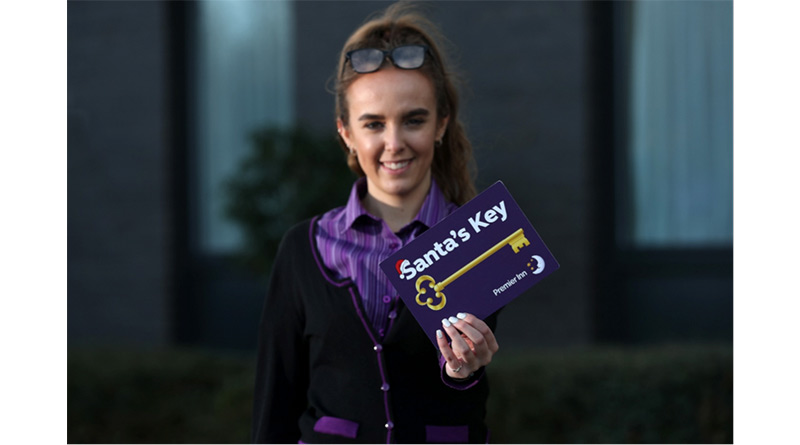 The VIP keycard has been created in response to questions from guests who are keen to understand if Father Christmas can deliver presents to its rooms – which do not have fireplaces to allow for traditional chimney access.

In fact, following the news that Santa is exempt from travel restrictions thanks to magical powers which keep him safe, the hotel company has been snowed under with the question from guests up and down the country.

In response, Premier Inn has created a VIP master keycard for the exclusive use of Santa Claus on December 24, ensuring not only can he visit rooms, he can do so more easily than ever before.

The news was welcomed by mum Lucy Birch, who is staying at Premier Inn’s Bognor Regis hotel on December 24 with husband Stewart and six year-old daughter Imogen. They are staying at the hotel ahead of visiting Imogen’s grandma Nonnie, who lives nearby.

NHS worker Lucy said: “This is the first time we’ve stayed at a Premier Inn on Christmas Eve and we were curious as to how Santa was going to visit our room, given it won’t have a fireplace. Imogen is brimming with excitement about Christmas and so we’re really happy to hear Premier Inn has created Santa his own key card and that it is on its way to the North Pole ready for Christmas”.

Managing Director Simon Ewins said: “All our guests are special but perhaps none more so than Santa, who many of our long-serving team members have known for years now through his annual visit to our hotels up and down the country. This year, we’re making it easier than ever for him to complete his rounds by presenting him with his own special key which is on its way to the North Pole as we speak. This Christmas is like no other, but we wanted to reassure our guests that some things never change, including the warm welcome you can expect at Premier Inn”.

A downloadable ‘Santa Stop Here’ poster is available at www.premierinn.com/santa which can be printed off ahead of December 24 to pin in room windows.