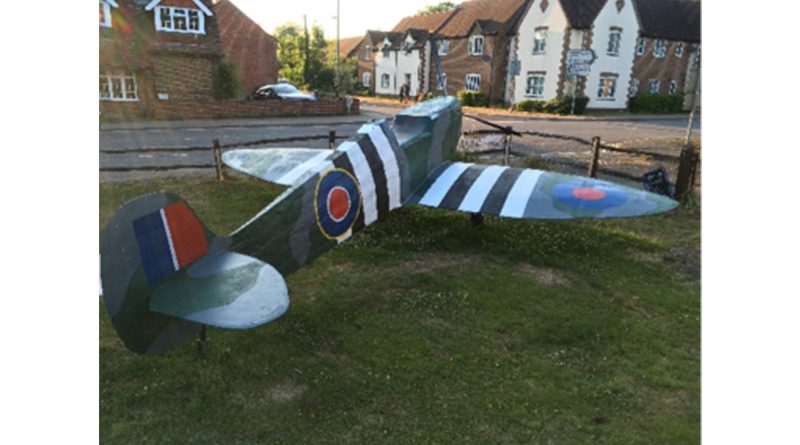 Coolham locals returning to community favourite, the Selsey Arms, were be greeted with a full-sized Vickers Supermarine Spitfire (MK IX) replica to add to the pubs already vast memorabilia collection.

The model has been the passion project of publican, Kenny Easton, during lockdown, who runs the pub with his partner Belinda Grover.

With a wingspan of over 10m, the Spitfire is hard to miss in its pride of place next to the WW2 memorial already in the pub garden. The site includes a memorial plaque, that the Coolham community added to the existing memorial last year, commemorating the fifteen airmen that lost their lives at nearby Coolham Airfield during the Second World War.

Now, as the Selsey Arms reopened, Kenny and Belinda are planned an official unveiling of the Spitfire with the rest of the Coolham community.

Kenny said: “Since taking over the Selsey Arms two years ago Belinda and I have been determined to showcase the historical importance of Coolham and its airfield, that still functions today as RAF Coolham. We have collected a lot of memorabilia that we display proudly in the pub and the Spitfire model is a happy new addition.

“Not everyone knows about the vital role our little airfield played in WW2 and we hope to do our bit by keeping the memory of that time alive – especially as the Selsey Arms would have been many of those young men’s local.