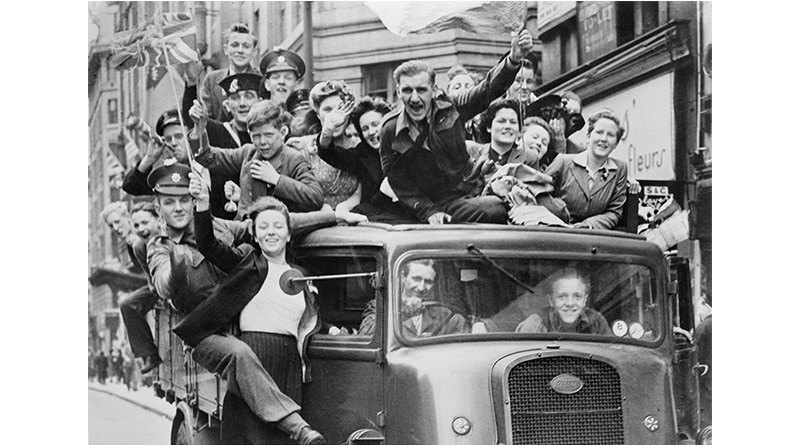 Pubs and clubs across the UK will stay open later to celebrate the 75th anniversary of Victory in Europe Day this year. Victory in Europe (VE) Day, which is on 8 May, and marks the formal end of WW2 hostilities.

Commemorations and community events will be held across the country to remember the heroism of British, Commonwealth and Allied armed forces personnel and the contribution of ordinary citizens to the war effort.

The early May bank holiday has been moved from Monday 4 May to Friday 8 May to mark the anniversary.

To mark the momentous occasion, the government has announced that drinking establishments will be able to serve for two hours later than usual.

On Friday 8 May and Saturday 9 May, public houses will be serving from 11am until 1am the following morning.

The move, which was announced in Parliament February 12 will also apply to premises licensed to provide entertainment such as music, dances, plays and films.

She said: “VE Day events across the country will see the nation come together to pay tribute to the heroes who fought for our freedom and supported the war effort at home.

“Pubs are at the heart of our communities and this is a great opportunity to raise a glass to mark this historic occasion.”

UKHospitality has welcomed the Government’s decision UKHospitality Chief Executive Kate Nicholls said: “The 75th anniversary of VE Day will be an historic moment for the country. People will want to mark the occasion in all sorts of ways and pubs are often the focal point for community celebrations and acts of commemoration.

“An extension of licensing hours will allow pubs to stay open longer without the hassle of applying for a Temporary Event Notice. With margins for many pubs currently being squeezed, this is a very welcome step by the Government.”