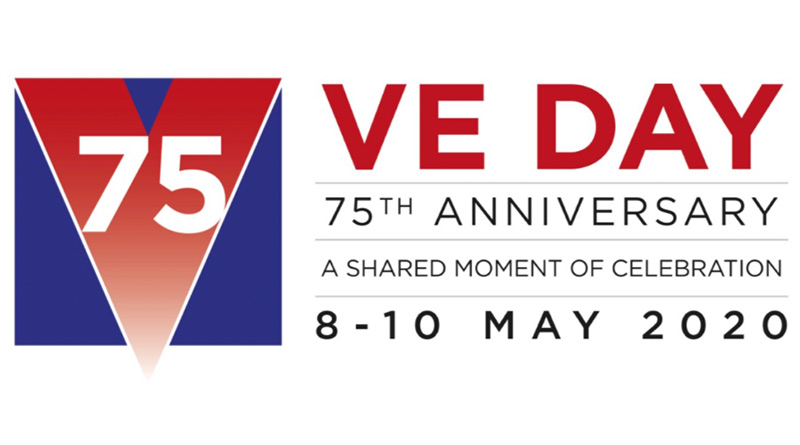 Pubs across the nation are calling on their local communities to raise a glass on Friday to mark the 75th anniversary of VE Day, as part of a nationwide toast at 3pm. It comes after the British Beer & Pub Association called on its members who represent over 20,000 pubs and 90% of the beer brewed in Britain to join the celebrations virtually, in light of the  national pub shutdown ordered by Government to prevent the spread of COVID-19.

At 3pm on Friday 8th May, publicans up and down the country will ring their pub bells and raise a glass in honour of war veterans, inspiring their local communities to do the same. Backed by the government (DCMS), the national toast will recognise the massive sacrifice and courage of the heroes of WWII, marking seventy five years since the end of the war.

Kicking off the toasts will be Captain Tom Moore’s local pub, The Bell in Marston Moretaine who will be celebrating the country’s much loved war veteran. Publican Karl Clark said, “Captain Tom has become a national hero for his recent sponsored walk but we want to make sure we also recognise his achievements during WWII and raise a glass to him and his fellow veterans.”

Throughout history, pubs have always played a vital role in bringing communities together to celebrate national and cultural events of great significance, from sporting successes to royal weddings. To mark the major milestone anniversary of VE Day, pubs across the country were granted extended licensing hours and many had organised community celebrations to commemorate the occasion.

The nationwide shut down of pubs to prevent the spread of COVID-19 has severely hampered the ability for pubs to play their traditional leading role as community hubs. It’s the first time pubs have been closed on this scale since records began; even in WWI and WWII many pubs remained open, acting as a vital place for togetherness in the face of adversity.

Despite the challenges, publicans across the country are determined to show their support and enable their local communities to find other ways to commemorate VE Day.

Publican Mark Dawson from The Ship in Langstone, Portsmouth is dropping bottles of beer on his neighbours’ doorsteps so they can still enjoy a toast from their driveways. Mark said, “We couldn’t let this historic day pass without acknowledgement. Just like we clap for today’s heroes every Thursday, it’s vital we recognise the heroes of our history. Even though our original plans aren’t possible now, this will be our way of raising a glass and saying thank you to our veterans.”

Publican John Locke from The Two Tubs in Bury won’t be deterred by the lockdown as he plans to lead a socially-distanced toast with Old Fusilier groups outside his pub. John said, “As our pub is heavily associated with the local Lancashire Fusiliers, we feel it’s our duty to honour war veterans. While the lockdown can physically keep us apart, we can still find a safe way to honour war heroes of the past.  Even our local MP James Daly will be joining the celebrations to give it a real sense of occasion.”

Thirteen Joseph Holt publicans will honour the occasion by each reading a line from the 2018 war poem `A cry for peace around the world` written by Bruno Peek, The Pageant Master of VE Day. In addition, The Fox Inn in Blackley, The Griffin in Heald Green, The Eagle & Child in Whitefield, The Fairway Inn in Moston, The Millhouse in Warrington, The Roebuck in Urmston and The Golden Lion in Blackley will all be ringing their pub bells and raising a toast with neighbours to honour WWII heroes. Publican Louise Cook from The Fox Inn said, “We have a few war veterans in our community who contributed to the war effort all those years ago and while the pub might be closed, we’ll be ringing our bell as loud as we can so all the locals can hear.”

Emma McClarkin, CEO, BBPA says, “This is one of the most challenging times the pub and beer industry has faced and the effects of the lockdown will be particularly stark on VE Day when so many pubs had planned patriotic celebrations for their communities. It’s vital we come together and continue to find ways to keep that community spirit strong until pubs are in a position to safely re-open. I look forward to raising a glass to our veterans and heroes in our pubs as soon as we are open again”

The British Beer & Pub Association is encouraging the whole nation to follow the lead of their local pubs and raise a pint to our heroic war veterans this Friday at 3pm.