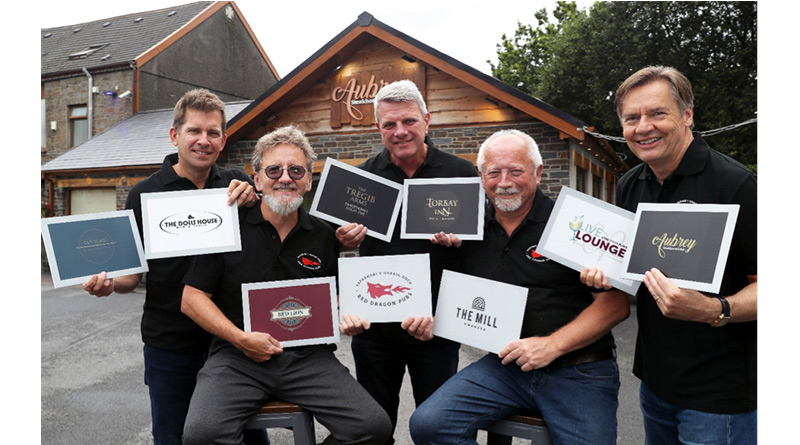 Red Dragon Pubs, a new pub company for Wales, has been officially launched at The Aubrey Arms, in Swansea – the first pub under its ownership.

Since it bought The Aubrey, Red Dragon Pubs has added seven more venues to its portfolio in the Swansea and Gwent Valleys, with plans to open four more pubs by the end of October.

Red Dragon Pubs is the brainchild of founder James Hunt, a serial entrepreneur, and a group of investors who admire and believe in the Welsh pub scene.  The company aims to buy and invest in pubs across South Wales,

James explained: “Being born in Bristol, I spent a lot of time over the bridge enjoying the craic at the local pub before, and after, various rugby and football matches, and while walking the beaches and hills of this beautiful country.

“I also have Irish parentage – and so recognise the strong sense of Welsh pubs being for the whole community. When we studied the market here, and we saw so many pubs closed, or just tired and under-invested, we knew there was a massive opportunity here to reinvigorate these venues, by working with and listening to the locals that use them and bringing them back to their best.”

Investing in pubs during and after a global pandemic amid one of the most difficult times for the hospitality industry was obviously a challenge, but for James he saw it as an opportunity that he couldn’t refuse: “The pandemic just made more visible a deeper problem. Pubs across Wales have suffered. What happened to Brains was tragic, but many sites have shut their doors when they could be really successful businesses because we believe they lost touch with the communities they serve.

“Being as close to the community as possible is paramount to us at Red Dragon Pubs, and will remain so. We won’t change the name of any pub we buy, and we won’t make them all look the same. We want them to be as individual as the customers they serve.”

James added: “We are ambitious. We believe there is an opportunity to create a Welsh pub company, for Wales, that everyone can be proud of. Customers will know they are in a Red Dragon Pub, but much more importantly we want them to know that Red Dragon Pubs is part of their community.”

British Lion and Osprey Lee Byrne and former Welsh rugby international Tom Shanklin joined James, the Red Dragon Pub team, and a gathering of the locals that have made The Aubrey Arms such a success since it reopened, at the official launch of the brand and business.

“This is just the start for Red Dragon Pubs. We will be adding more establishments to our portfolio in the coming months, with plans to be Wales’ favourite independent pub group,” James said.