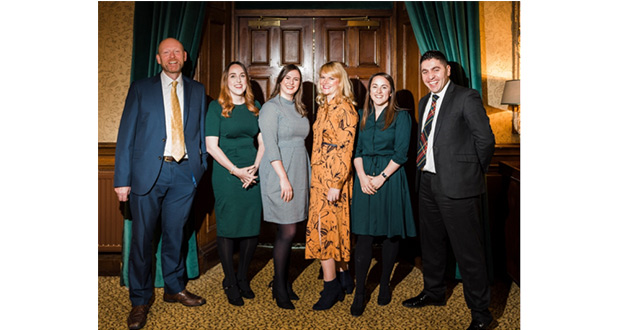 Balbirnie House Hotel – Scotland’s 2019 National Wedding Hotel of the Year was last night named ‘Best Destination Wedding Hotel’ in the global category at the international Haute Grandeur Awards held in Kuala Lumpur. Presented to an international audience, the Fife hotel beat luxury competitors from all over the globe to achieve the award.

A six-strong team from Balbirnie House Hotel travelled to Malaysia to accept the award, including hotel owners Nicholas and Gaynor Russell. Combined, the team boast over 75 years of experience working at the hotel, and Gaynor Russell has said of the achievement: ‘it was such an honour to be invited to represent Scotland’s hospitality and hotel sectors’.

Balbirnie House Managing Director Nicholas Russell has said: ‘Via The Scottish Hotel Awards scheme, earlier this year Balbirnie House became the 13 time winner of Scotland’s Wedding Hotel of the Year. This was immediately noted by Haute Grandeur, adding yet another further level of contemplation for global judging. We are aware that Haute Grandeur are able to deploy research teams globally, but cannot find any hotel in any other country in the world, which has had anything comparable in their own country, to the recognition that Balbirnie House has received here in Scotland.’

He continued, ‘Whilst in Malaysia we were thinking very much of our 2,800 past and present work colleagues, our local community, our hotel guests, and all who have been involved in and around The Scottish Hotel Awards scheme over the last 15 years. The rigours of dedicated professional integrity within the scheme, have delivered us with an uncompromising and highly focussed annual assessment. From that process we’ve always been so very encouraged to keep on embracing innovation, evolution, and all generalities of Hospitality’.

To mark the achievement, Balbirnie House Hotel released blue smoke from the building’s main chimney, and three film clips debuted on the hotel’s Youtube channel, highlighting its journey in the 30 years since opening.

This is the very first time that the global award for ‘Best Destination Wedding Hotel’, has been received by any hotel in Europe, or the entire Western Hemisphere.