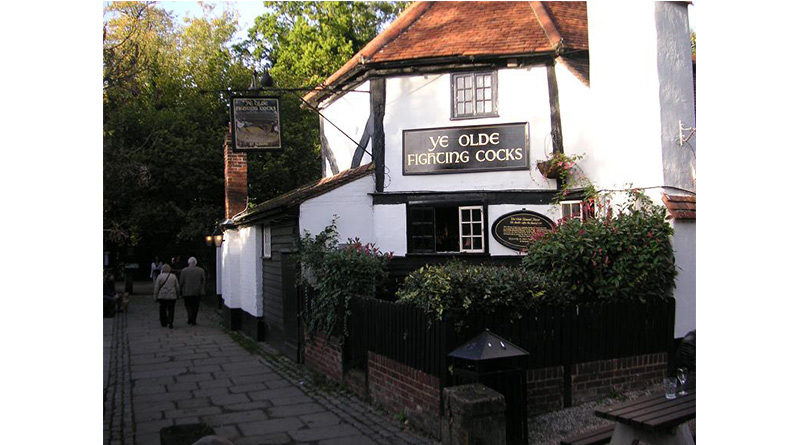 A St Albans pub, reputed to be one of the oldest pubs in England has been forced to reduce it hours to help stay afloat due to the increased burden of business rates.

Licensee Christo Tofalli at Ye Old Fighting Cocks (YOFC) announced on Facebook that the pub will be closed Mondays and Tuesdays until the beginning of March. Christo is also a member the campaign group “Save St Alban Pubs” set up to support pubs in the area and lobby for a review of the rates system.

He said “My colleagues and I at @savestapubs have been working tirelessly and completely self funded for 3 years in and out of Westminster to reduce the enormous increases in business rates some of us have seen, we have seen a shift but sadly no where near the areas worst effected. Ours! They sadly remain the same and equally devastating.”

“Although the government have announced further business rate relief for pubs with a Rateable Value BELOW £51k. Due to a major problem with the Valuation Office Agency failing to implement their own guidelines, thousands of pubs, including YOFC continue to suffer.”

This means we can continue to either run ourselves into the ground, or make some serious cutbacks to be able to keep our doors open for this Month and next .”We continue to lobby government to help, not only our pub, but thousands around the country, including in St Albans. This means cutting back on any capital investment and reducing opening hours – we won’t be opening Mon & Tues during January and February.”

– the result of which is that many have had to put up their prices for consumers to cover their rates increases, or in some cases close for good.

Pubs currently pay 2.8% of the business rates bill but only account for 0.5% of total business turnover, which is an overpayment of around £500 million by the sector each year. CAMRA has repeatedlycalled for a full review of how the business rates system works – this needs to look at how to address the current system where pubs are unfairly burdened they said.