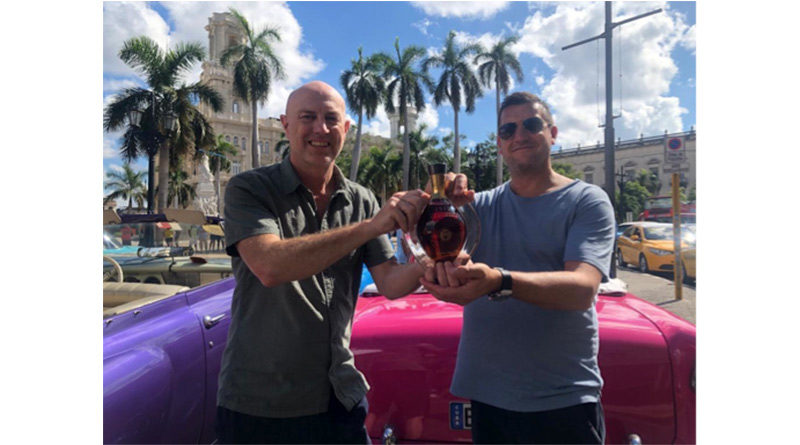 Two Sheffield bar owners have gone to extraordinary lengths to ensure their customers are some of the first in the world to sample one of the rarest and most expensive rums ever produced.

Adrian Bagnoli and Brad Charlesworth, owners of the city’s renowned Cubana, did a 9,000 mile round trip to Havana to ensure they were the first bar outside of Cuba to purchase two bottles of a blend so old and rare that its original designers have now passed away.

The Havana Club 1519, whose ageing process started in the early 1940s, has only just been launched in honour of the 500-year-old history of Havana and goes on sale at the renowned Sheffield bar this weekend.

Only 500 bottles exist in the world with only 250 of these available for sale. Collectors from around the globe are now queuing up to buy them at nearly £3,000 a bottle.

But at £250 a shot it definitely won’t suit everyone’s palate or pocket.

Adrian Bagnoli said: “The fact we were allowed to buy the very first two bottles to leave Cuba goes to show how far our status has grown in the rum world in recent years.   It was an honour to be have been offered the opportunity to purchase this top quality rare rum at Havana Club HQ and, although not many people will be buying rum at such a hefty price tag  it ensures we continue to develop our position as one of the country’s leading centres for rum.”

Cubana’s extensive rum menu was voted the UK’s very best by the industry in 2016.

The bar’s collection has been sourced from right around the globe and there will be around 70 new additions on the new menu.

The forthcoming 4th edition of their latest rum collection will also include a five times distilled rum from Puerto Rico; 6 new Haitian rums and a doubling of Jamaican varieties.

Rum is becoming increasingly popular in the UK. Last year almost 35 million bottles of rum were sold, worth a little more than £1 billion, according to the Wine and Spirit Trade Association.

In fact The Times recently said rum “now ranks alongside gin and whisky among the nation’s favourite spirits”.