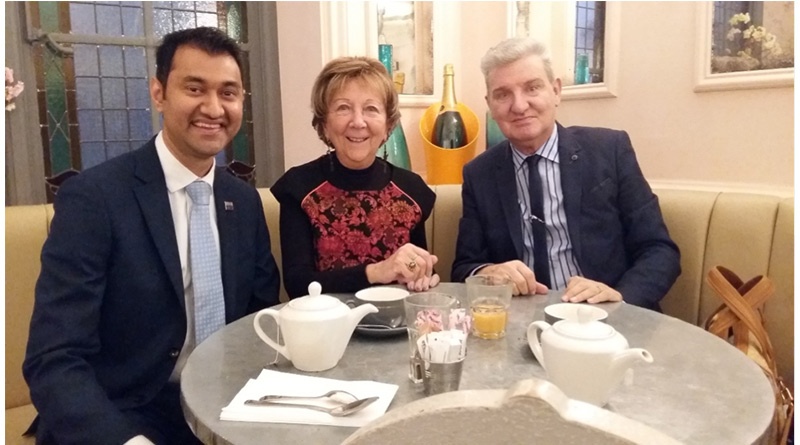 Edwardian splendour has been given a modern twist, in a new video which shares the great history and character of Hilton London Hyde Park.

And the film – which showcases the historic past and the exciting present of the hotel – has also made stars of two regular guests, Belgian couple Daniel and Nadine Ghys, who have been visitors to the Bayswater Road hotel for more than 25 years.

Hilton London Hyde Park is of huge historical significance, held up as a first class example of Edwardian architecture and is a grade II listed building.

And the video also showcases some of the hotel’s unsung heroes, with the inclusion of contributions from a range of Team Members, who share their behind-the-scenes story.

Built in 1907, the hotel was originally known as the Coburg Court Hotel and among its many claims to fame is its use as a location in the Alfred Hitchcock movie, Frenzy.

It became part of Hilton in 1999, and still retains most of its iconic features, including stained glass windows and a stained glass roof in one of the dining areas.

David McDonald, president of the Institute of Historic Buildings Conservation, agreed to appear in the film, talking about the “very grand” property and how its creation was in complete contrast to the Victorian architecture of the previous era.

Regular guests Daniel and Nadine Ghys, from Belgium, have travelled regularly to the hotel for more than 25 years and have witnessed its many changes, and thus were the perfect choice to share their enthusiasm from a guest’s perspective.

Rohan Poyrekar, director of operations at Hilton London Hyde Park, believes the new film will give guests a real insight into what the hotel has to offer.

“We wanted to highlight what an amazing building this is and its fantastic history but also to show how we strive to make this a home away from home for our guests,” said Rohan.

“We want them to feel that they are part of something special when they stay with us and that they get a real sense of the past, coupled with everything they could want from a modern hotel.”

To view the video go to https://youtu.be/Sj6QsU0B92M