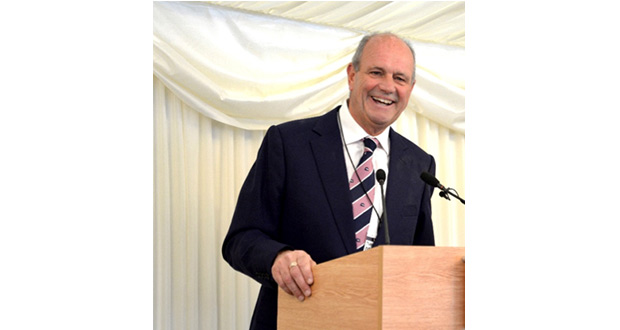 Last night, Chairman of Stonegate Pub Company, Ian Payne MBE, was presented with the Icon Award at UK Hospitality’s Dusk ‘til Dawn Late Night Awards at a ceremony held at Troxy in London.

The Dusk ’til Dawn Late Night Awards is the annual celebration of the UK’s late night hospitality sector. Covering all aspects of the late night scene, the event honours the most exciting and innovative business and leading late night operators.

Ian was made a Member of the Order of the British Empire (MBE) last year, after working in the hospitality sector for 46 years. He founded Stonegate Pub Company, of which he is currently Chairman, in 2010.

Ian said: “I am deeply honoured and incredibly proud to have won this award. It is a fantastic surprise. I would like to thank all of the people who have helped me in so many ways over the years.”

UKHospitality Chief Executive Kate Nicholls said: “A special thanks needs to go to this year’s Icon Award recipient, Ian Payne. He has been a long-standing and hard-working champion of the sector and deserves to be recognised and praised. He is truly a legend of the late-night sector with a dedication to, and passion for, late-night hospitality that is without equal.”