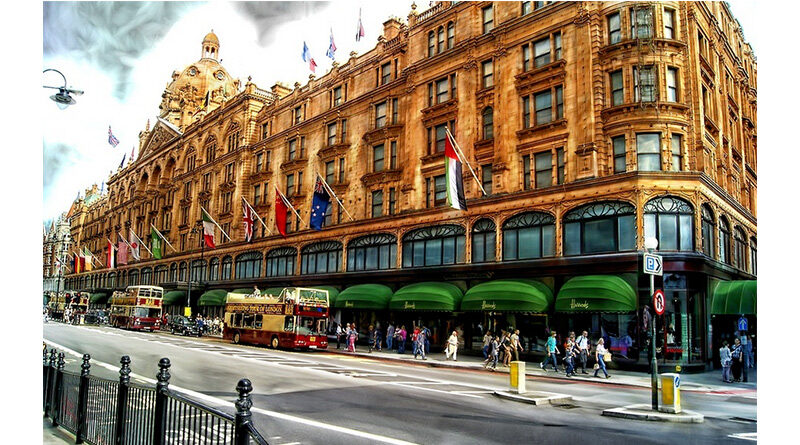 Restaurant workers at Harrods, London’s emblematic luxury department store, have won a huge pay rise of almost 25% for hundreds of waiting and kitchen staff, establishing a new benchmark for pay in the sector.

For restaurant workers this pay rise will mean almost £5,000 more a year, and for some it will be up to 25% more than they received before. Harrods has also guaranteed annual increases of 3% from 2023, however it denied the rise was due to the threat of strike action.

For restaurant workers this pay rise means almost £5,000 more a year, and for some it will be up to 25% more than they got paid before. Harrods has also guaranteed annual increases of 3% from 2023.

Before UVW began this dispute, the department store, owned by the Qatari royal family, had been paying restaurant workers poverty wages of £9 an hour.

Our members made a stand and demanded a substantial pay rise from their employer as well as setting a precedent for others.

Restaurant worker and United Voices of the World (UVW) member Mihaly said: “After weeks of organising with our union UVW, we are delighted that our bosses engaged with us and recognised our hard work. We will be getting the pay rise we have fought for and that we deserve – good news for us and workers beyond.”

It’s not the first time that UVW members have confronted Harrods’ bosses. In 2017, they won a battle over tips and made sure that 100% of the service charge would go to staff.

The victory is already inspiring other Harrods staff to join the union. Petros Elia, general secretary for UVW, said that the union is “now talking with retail staff to ensure they are not left behind. We’ve been saying it’s time for £12 (per hour) and now that time has arrived.”

A statement from the department store said: “At Harrods, we are consistently reviewing our pay policies to ensure we continue to attract and retain the best talent. It has been an extremely difficult 18 months for the restaurant industry, throughout which our number one priority has been the wellbeing and welfare of our colleagues. For the last three months, we have been undertaking reviews to ensure that our restaurant colleagues’ salaries are in line with industry benchmarks, on top of receiving a generous overtime and benefits package, as well as 100% service charge (minus a minor admin fee).

“Following this internal review, we are very pleased to have introduced salary uplifts across the majority of our restaurants division, ensuring all our restaurant colleagues are receiving highly competitive salaries against industry benchmarks. This has been entirely driven by ongoing discussions and work internally with our restaurant colleagues, and at no point during this three month process have we engaged with a third party. Any suggestion to the contrary is wholly inaccurate.”