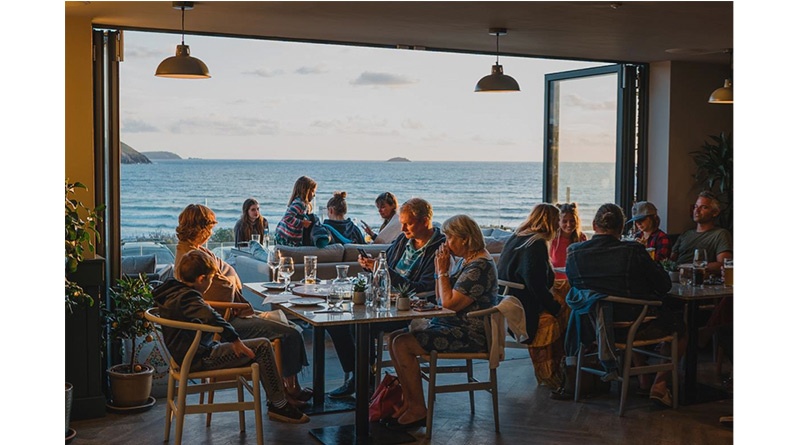 The Atlantic bar and kitchen in Polzeath. Photographer: Adam Sargent

The joint ventures will see the creation of a new open-air bar and restaurant at Watergate Bay, the opening of the St Tudy Inn which has been closed since December 2020, and a new café in Wadebridge.

Harbour Brewing managing director Eddie Lofthouse said: “We opened The Atlantic bar and restaurant at Polzeath in 2020, and trading since then has been extremely strong. With this in mind and a little down time in lockdown, we started exploring other opportunities to expand our portfolio.

“The new venues are in such great locations, and the Harbour and Treleavens board members agreed that investing in the Cornish hospitality sector was a very positive step.”

The new businesses will create many new jobs for the local community. Eddie continued: “We are keen to hear from those looking for a new challenge, and have a variety for roles available across each of the establishments, both front and back of house.

“We are also looking to recruit a head chef at the St Tudy Inn, as we endeavour to create a pub with an outstanding food offering.”

The St Tudy Inn has been closed since December 2020, but has a strong legacy as a foodie destination. The Harbour and Treleavens teams will maintain the food focus, while also reinstating the community pub element.

The pub will open in early July, initially for drinks only while the culinary team is formed.

The Treleavens team, headed up by managing director Mark Chrusciak, will take the lead on the new café in Wadebridge, located in a circular building in the heart of the town.

Mark said: “Locals will be familiar with the building on Eddystone Road – right in the centre of town, and passed by many Camel Trail users.

“The café, which we’re calling Luna, will showcase our artisan Cornish ice cream, alongside crêpes, smoothies, milkshakes, and great coffee.”