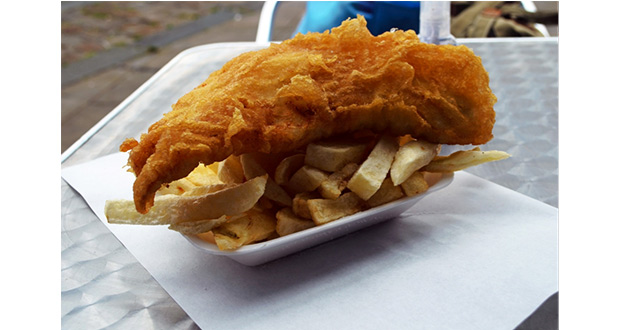 Alongside the Sunday roast, few foods are as quintessentially English as fish and chips, which has been a staple part of any seaside trip for decades.

But food procurement specialists the Regency Purchasing Group, has warned that not only is the firm family favourite in danger of being priced off the nation’s menus, but it could disappear altogether by 2050.

Between now and then, the cost of cod and chips could soar so much that the traditional dish becomes out of reach for all but the wealthier diners.

There have been many headlines in recent years about over-fishing of cod, the nation’s favourite fish but that’s not the only threat to stock; climate change is playing its part, too.

Rising global temperatures are reducing oxygen in the oceans, which is having a significant effect on larger marine species, including cod and haddock.

The Regency Group, which is based in the seaside resort of Weston-super-Mare – which has its fair share of fish and chip outlets – says nearly three quarters of its base membership has been forced to increase their fish and chip price so far this year.

Managing Director Alex Demetriou said: “Overall, cod pricing has gone up 17% so far this year, and it is predicted there will be another increase of between ten and 15 percent in October.

“Similar price increases have affected haddock, the most popular alternative to cod.

“The cheaper options, such as pollock, do not deliver the same quality and therefore are not a true representation as an alternative.

“The most likely outcome is that people will have to change their menu choice because of the cost of fish and chips increasing.”

Regency says scientific studies have shown that rising ocean temperatures have already reduced global fish stock by five percent, and up to 35 per cent in key fishing regions such as the North Sea.

It is estimated that, over the last 50 years, ocean oxygen levels have dropped by between two and five percent.

Unless they begin to adapt, many larger marine invertebrates will shrink in size or even face extinction.