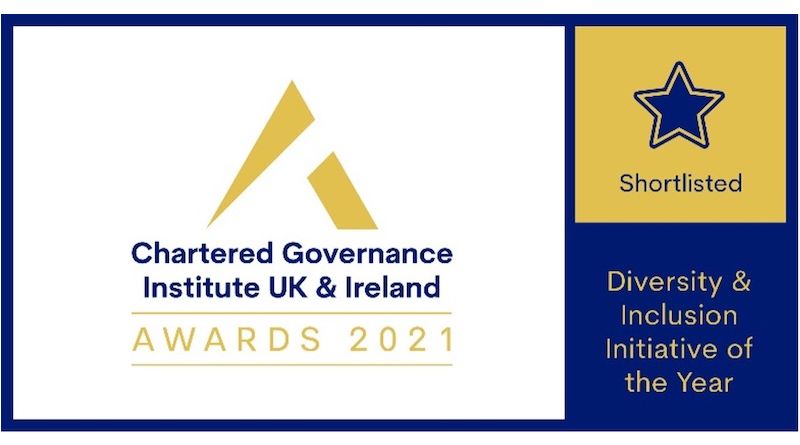 The Institute of Hospitality (IoH) has been shortlisted  for the national UK & Ireland Chartered Governance Institute awards, in the Diversity and Inclusion Initiative of the Year 2021 category, for the launch of its Youth Council and Diversity Shield campaign earlier this year.

This shortlist, which was announced today, signals another historic milestone in the IoH’s history.  The prestigious UK & Ireland Chartered Governance Institute, which was founded in 1891, has Her Majesty the Queen as Patron, after receiving its Royal Charter in 1902.

Robert Richardson FIH, the IoH’s CEO said: “I am so proud of the response to the launch of our Youth Council and our Diversity Shield campaign initiatives and how, in a relatively short space of time, they have found their way into the mainstream consciousness of both our industry and the wider community,” explained Robert.

“The fact that the IoH has been recognised for its progressive approach to championing the diversity of our hospitality family cements the foundations of the next chapter of our evolution as a progressive, global, professional voice for our members, whatever stage of their career they are at.”

He went on to say: “This has been a team effort, and our team, supervisory board, youth council, and the many, many IoH members who proudly posted online, wearing their Diversity Shields and saying #imin to supporting our aspirations for a more inclusive industry, deserve a round of applause and our thanks for helping us get this far. This is a truly incredible achievement” confirmed Robert.

The winners will be announced at the Hilton Park Lane, London on 16 November 2021.