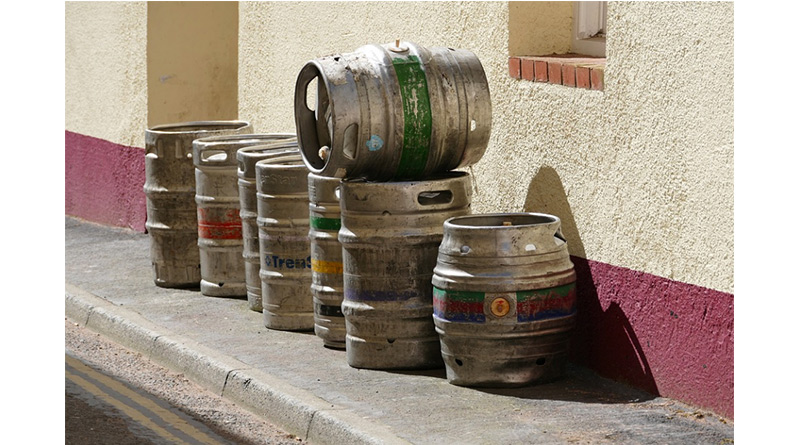 The British Beer & Pub Association (BBPA) has today revealed that sales of cask beer in pubs are down 40% since pubs reopened in April 2021 – a total of 76 million pints.

From April 2021 to July 2021, the latest sales data the BBPA has, 113 million pints of cask beer were sold in pubs. During the same period in 2019 and before the pandemic, 189 million pints were sold.

It means a loss in revenue to pubs and brewers from cask beer of £243 million in the last four months alone due to the plight of cask, accelerated by the pandemic.

However, the decrease in sales of cask beer by 40% since April 2021 is by far the biggest decline for the category on record and indicates an accelerated decline in its plight through COVID and beyond.

Cask ale is without doubt key to British brewing. It is a form of brewing unique to the UK and has a rich history dating back to the Middle Ages. It is an unfiltered, unpasteurised ‘live’ product containing yeast that is served from a cask container where it’s gently matured by secondary fermentation. When conditioned and managed correctly, the yeast in the cask settles to the bottom, leaving a clear, often bright, full-flavoured and naturally carbonated beer to be served from a handpump.

Because it is a live product, conditioned in a cask, cask ale – also known as ‘real ale’ – can only be purchased and consumed at a pub. This means cask ale plays a vital role in the wellbeing and viability of pubs, supporting the communities they serve. However

Given the inextricable link between cask ale and pubs, the plight of cask ale is a real concern for the nations locals and beer drinkers. It has been driven by pubs looking to stock less cask ale because of uncertainty around trading and restrictions. Likewise, it has been driven by restrictions impacting the spontaneity of being able to visit a pub for a quick pint – the core cask ale drinker occasion.

The BBPA is therefore highlighting the plight of cask ale and urging people to support it by getting behind Cask Ale Week.

Cask Ale Week runs from 23rd September to 3rd October 2021. It is all about raising the profile of cask beer in the UK and getting beer drinkers to visit their local to try a pint of cask ale in order to grow the category once more. It is run by Cask Marque, the accreditation scheme for pubs who serve the highest quality cask beer.

“The plight of cask beer is a huge concern for our sector. Pubs are the home of cask beer so if sales of it are declining then it means the viability of our pubs are reducing too.

“We all missed a proper pint of cask ale in the pub during lockdowns. We cannot take cask beer for granted anymore.  With the sector reopen once more, it is vital we promote our pubs and the range they have on cask which they so expertly keep and serve. Doing so will help our brewers and pubs in their recovery and ensure this uniquely British style of beer can recover to the glory it deserves.

“Not only did the pandemic force our Great British pubs to shut, but it stopped us from being able to serve and enjoy cask beer. The impact of this has seen an accelerated decline of this quintessential British beer.

“The uncertainty of covid, lockdowns and restrictions has meant less pubs serving cask because it is a live product and has shorter shelf life. Likewise, it has meant the spontaneity of going to the pub for a pint – the core cask ale drinker occasion – has diminished.

“There has never been a better time for pub goers to support their local, by choosing to drink fresh cask beer, that’s been expertly brewed, stored and poured.”