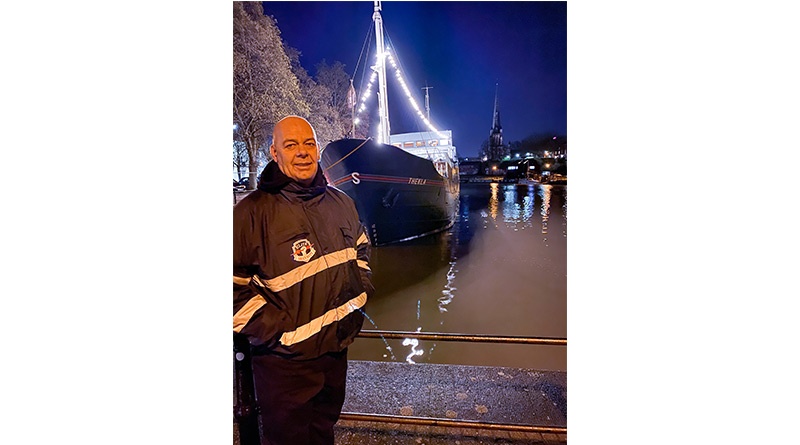 The Head Door Manager at Bristol’s iconic floating boat music venue Thekla has been honoured with a bravery award for his lifesaving efforts to rescue a woman from the harbour waters.

Grayson Underhill was nominated for the National Pubwatch award by staff at the venue owned by DHP Family following an incident in November 2018 which saw a woman get into difficulties after entering the waters in the early hours.

After several failed attempts to urge the woman to swim to safety, Grayson entered the water himself to rescue her as there were serious concerns that she was at risk of drowning.

Thekla general manager Alex Black said: “All of our venue managers and the core security team are trained in water safety management but none of us are lifeguards. When this incident unfolded, Grayson put aside his own personal wellbeing in order to ensure the safety of one of our customers. This is a rare incident for us and one we don’t hope to encounter again in the future but on this night Grayson went above and beyond the call of duty and it is truly commendable.”

Grayson is one of the first people in the UK to be awarded the new Bravery and Meritorious Conduct Award. This new award is in recognition of individuals, whose actions have either saved life or minimised physical harm in the Night-time economy. It is open to people who work in the pub and hospitality trade, as well as members of the public or those serving in the emergency services.

Grayson said: “I feel honoured and proud to receive the Bravery and Meritorious conduct award 2020. I’m very grateful for DHP Family and Thekla for putting me forward and I’m thankful my effort was appreciated.”

Thekla works with the Royal Life Saving Society on its national Don’t Drink and Drown campaign that warns drinkers to steer clear of walking by or entering water when under the influence of alcohol.

It also introduced specially trained Drinkaware Crew to support young people who might be vulnerable as a result of drinking too much to ensure they are able to enjoy the night and get home safely.