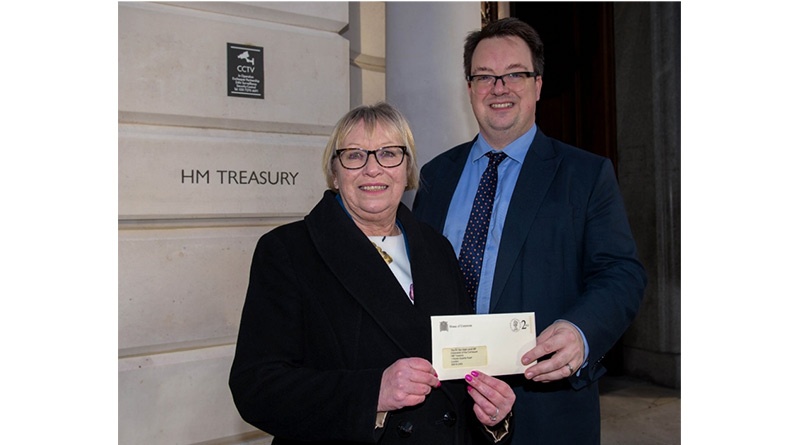 The British Beer & Pub Association (BBPA) has helped deliver a letter to HM Treasury, signed by 85 Conservative MPs, urging the Chancellor to cut Beer Duty in the upcoming Budget.

The letter was delivered to the Treasury by Chairman of the All-Parliamentary Beer Group, Mike Wood, and Sheryll Murray, MP for South East Cornwall, with assistance from the BBPA and the Long Live the Local campaign.

Sheryll Murray added, “I am delighted that so many of my Conservative colleagues are backing the Great British pub and calling on the Chancellor to cut Beer Duty at the Budget. The pub is a vital part of all of our communities and the best way to show our support for them is by reducing the tax burden on them.”

Welcoming their support, Emma McClarkin, Chief Executive of the British Beer & Pub Association, commented: “Over 250,000 pub goers have signed the Long Live the Local petition to cut beer duty and a further 130,000 have written to their MPs. It is great to see so many MPs understand how much their constituents want a cut in Beer Duty at the next Budget. The Chancellor now has a fantastic opportunity to take action.”