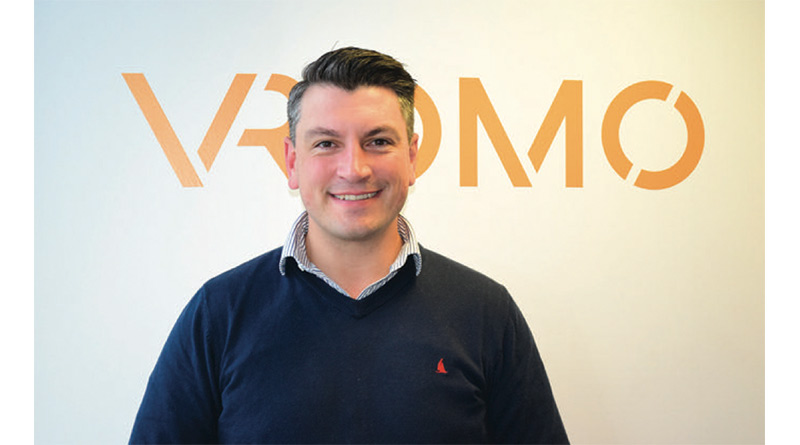 A ruling by the Supreme Court in favour of Uber drivers who claimed they should be classed as workers – and therefore entitled to minimum wage and paid holiday – is set to have a huge impact on the gig economy but could be a “blessing in disguise” for the restaurant and food delivery sector.

That’s the view of VROMO – the world’s only SaaS (software-as-a- service) solution dedicated to restaurant food delivery – as its CEO Alan Hickey believes that the ruling is going to force a shake-up of the UK gig economy.This could lead to a reduction in the amount of big marketplace app players, such as Uber Eats.This, in turn, could enable more independent restaurants to manage their own deliveries and, most importantly, increase their profits.

Mr Hickey made the comments following news of the ruling, where Lord Leggatt said that the Supreme Court unanimously dismissed Uber’s appeal in a long-standing legal battle after former Uber drivers Yaseen Aslam and James Farrar took the company to an employment tribunal in 2016.They argued that they worked for Uber, but the company said that its drivers were self-employed and it therefore was not responsible for paying minimum wage or holiday pay.

The Supreme Court – which is Britain’s highest court and has the final say on legal matters – found in the case with Uber that the company set the fare, which meant that it dictated how much drivers could earn. It

also set the contract terms, and drivers were penalised if they rejected too many rides.The court therefore determined that drivers were in a position of subordination to Uber.

A RETHINK FOR RIDE-HAILING APPS WILL BE JUST THE START

Although ride-hailing apps won’t publicly admit it, the ruling will force the likes of Uber to rethink their business models if they have to put drivers and riders on the payroll, Mr Hickey predicts.

“Whilst the focus of the Supreme Court ruling is on the taxi sector, the ruling has far-reaching implications, and I’m sure that a lot of sectors that also tap into the gig economy will have to re-evaluate their positions,” said Mr Hickey.

“This could range from how viable a business model is if those in the gig economy need to be migrated over to employed status to the cost of employing people and whether these increased costs can be passed on to consumers.

“I’m guessing that, in the short term, the likes of Uber will be forced to reduce the amount of drivers – which will have a knock-on effect on the food delivery industry.This is because at times of peak demand, Uber drivers can switch to delivering food, but if there are fewer drivers, food delivery times could become longer.”

Whilst the UK delivery and taxi ecosystem waits to see how Uber and Uber Eats will respond to the ruling, the announcement by Just Eat that it plans to offer more than 1,000 UK workers employed status sounds like good news for the industry – but could it actually spell more trouble for restaurants?

THE START OF A MONOPOLY?

Mr Hickey believes that having a number of marketplace apps pro- motes healthy competition, but if one player becomes dominant in the market, then it spells trouble for restaurants.

“There’s no doubt that marketplace apps have transformed the food delivery industry.They have given consumers the convenience of order- ing food to be delivered straight to their doors and have given restaurants a platform to promote their businesses and to gain an additional revenue stream.

“There’s a worry that if one player becomes too dominant, restaurants that are very dependent on that channel could see their ability to trade and make a profit reduced.”

A WATERSHED FOR FOOD DELIVERY

Mr Hickey added:“This could be a blessing in disguise for many restaurants to take back control of the delivery element of their businesses.

“Yes, they will face the same issues that others face regarding putting workers on the payroll, instead of being reliant on the gig economy, but they have more control than they realise.

“The real battleground for restaurants isn’t drivers – it’s customers. The ability to retain customers directly – by being more visible and being ready to engage with them – is much more valuable.And they can do this by going online and promoting the fact that by ordering food from local restaurants or takeaways, customers are supporting their local economies.

“And our technology enables restaurants to take ownership of the delivery experience as part of a complete store-to-door brand experience.As well as managing payment and delivery,VROMO users can build their own customer loyalty through the messaging incentive functions, such as discounts, and branded order tracking for their customers.”