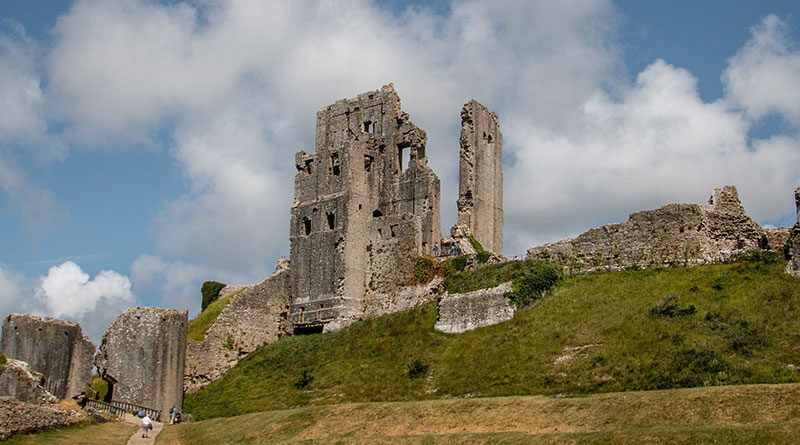 The recovery of tourism is fully confirmed, after the hard years of the pandemic, it seems that the fear of the coronavirus has been left behind and the desire to travel and enjoy a well-deserved holiday is stronger, and, according to the powerful flight and hotel search engine www.jetcost.co.uk searches for flights have increased by 250%, while those for hotels have increased by 330% in the first seven months of this year 2022. In fact, searches for August 2022 holidays are already 30% above those for the same month in 2019. In addition, users spend 50% more time searching for different solutions, budgets and alternative dates to find the offer that best suits their needs.

And a big number of Europeans who have decided to travel during the August holidays in 2022 are going to the United Kingdom, its cultural richness, popular customs, beautiful landscapes, magnificent castles, green hills, good hotels and infrastructures and its restaurants and pubs have made thousands of Europeans look for its cities to enjoy their August holidays.

Jetcost UK regularly analyses the searches done through its website, so the data obtained are very reliable, as they are real searches and not surveys. The data analysis the results of flight searches for the month of August 2022, indicate that a large majority of tourists have opted for England and especially for its capital, London, which has been chosen in the first place by the Germans, Spanish, French, Italians, Dutch and Portuguese tourists.

Three cities in the North West are at the top of Europeans’ searches for a few rest and leisure days, with Manchester being the second most wanted city in the UK for the Portuguese tourists, third for the Germans, French and Dutch and fourth for the Spanish and Italians. Liverpool is ranked number four for the Dutch, six for the Spanish and French, seven for the Portuguese and eight for the Germans and Italians. In addition to Manchester and Liverpool, Blackpool is also highly defendant, being the ninth most searched by the Dutch.

In the South West of England, two cities stand out, especially the green capital of Britain, Bristol, which is the fifth most popular destination in the UK for the Spanish and Italians, seventh for the Germans and French and eighth for the Dutch. Newquay, one of the most beautiful places on the Cornish coast, is the sixth favourite city of the Germans and the twelfth of the Portuguese.

Leeds, the third largest city in the UK, is the eighth most popular city for the Portuguese and is ranked 10th for the French and 12th for the Spanish and Dutch.

Newcastle is the most popular city in the North East of England for European tourists, with the Dutch and Portuguese ranking it ninth, while the Spanish rank it eleventh.

As for Scotland, its capital Edinburgh has been the Scottish city most searched by Europeans for their August holidays this year, and one of the most requested in the UK, being the second most searched by the Germans, Spanish, French, Italians and Dutch travellers and the third by Portuguese. In addition to Edinburgh, Glasgow is also in high demand, ranking number three for the Spanish and Italians, number four for the Germans and French, and number six for the Dutch and Portuguese.

Inverness is the third most popular Scottish city, ninth for the Germans, Spanish and French, tenth for the Dutch and eleventh for the Italians. Finally, Aberdeen is in the top twelve for the French.

London is not only the favourite holiday destination for Europeans in the UK, according to Jetcost, but also for the British, as it ranks first in terms of searches. In addition to London, 4 other British cities are among the top 25 most searched in the world to spend these days of rest and leisure, such as Manchester (7), Edinburgh (9), Newquay (10) and Glasgow (21).

The sun, beach and sea destinations in Spain are among the preferences of the British for their days of leisure in August, Alicante occupies the second position, Malaga the third, Barcelona the fourth, followed by Palma de Mallorca (12), Tenerife (17), Ibiza (22) and Lanzarote (25). On the other hand, the capitals and large cities of the main European countries are other top destinations on the list, Amsterdam (5), Faro (6), Dublin (8), Lisbon (13) Paris (14), Athens (15), Rome (16). Those who searched long-haul destinations have chosen Bangkok (18th), Dubai (19th) and Cairo (23rd).

Ignazio Ciarmoli, Jetcost’s Marketing Director, said:
“Normality is here and with it comes the millions of tourists who visited every summer before the pandemic. UK´s cities remain major global tourist destinations, with their cultural richness, attractions, coastline and landscapes, popular traditions, castles, churches and monuments, and good hotels and infrastructures continuing to attract a big number of tourists. On the other hand, many Britons have also chosen national cities for their holidays, in addition to the main European cities and Spanish sun and beach destinations, where their good prices, rich gastronomy and nightlife continue attracting UK tourists”.