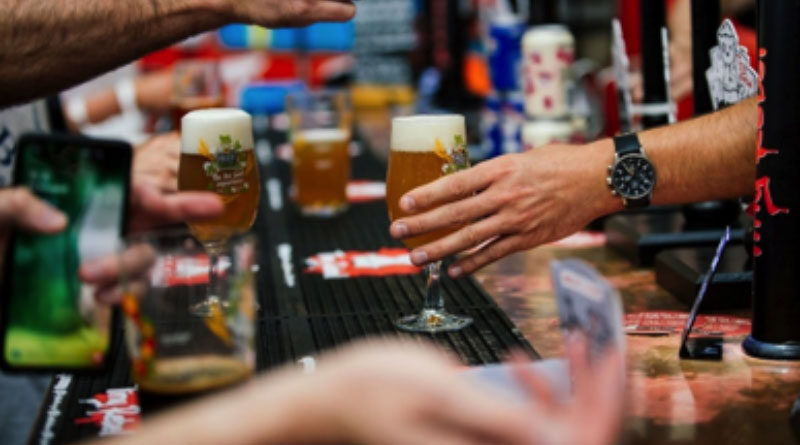 The Great British Beer Festival (GBBF) is making a triumphant return to London tomorrow, following an unplanned two-year hiatus due to COVID-19. Taking place at Olympia London from 2-6 August 2022, it’s return is a hugely positive sign for the industry. With nearly a thousand different cask ales, craft beers, real ciders, perries and wines under one roof, there’s plenty to celebrate.

Here’s what you can expect at this year’s festival:
A chance to sample a huge range of fantastic drinks

Cask beer is a rare find outside of the UK and this year we will be featuring the best of the best. We are welcoming back the cream of the crop with our favourite brewery bars such as Titanic, Adnams, Siren and Harvey’s. New brewers such as Brew 61, Black Storm, Iron Pier, Ossett, Saltaire and Three Tuns will also be on show. This is in addition to more than 350 breweries represented on the CAMRA bars.

In addition to sampling the best of the best from across the UK, visitors can also try American cask beer – a rarity in the US itself – at the ‘Bieres Sans Frontiers’ bars and a huge range of international beers. There will also be a vast range of craft beer, real ciders and perries, and the unveiling of a new “Gin & Fizz bar, featuring over 30 brewery gins.