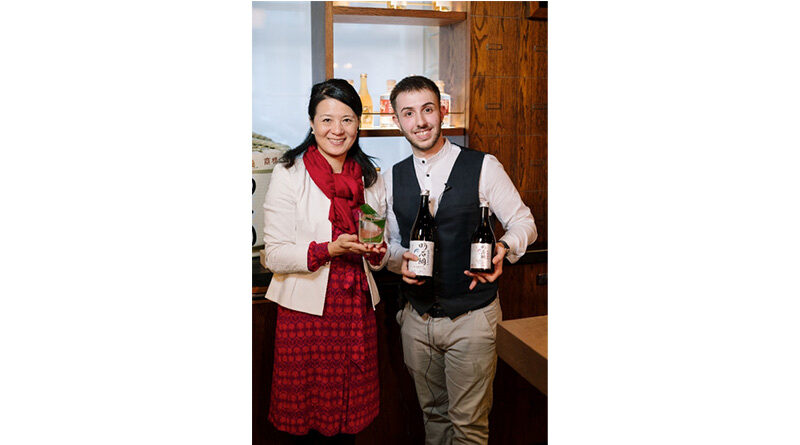 Fifteen competitors from across the UK – and the world – battled it out for the title, a trip to Japan, and the opportunity to represent the UK at International Bartender Association’s World Cocktail Championship in Russia.

The UKBG is proud to announce the winner of the NCC2021, sponsored by Akashi Tai Skae, Hatozaki Whisky, 135° East Gin and Hoshizaki – Matteo Basso of the Malt Lounge and Bar, London.

Matteo’s two winning recipes, the Sake cocktail ‘Yon’, and Gin Fizz ‘Enogu’, along with his performance in the customer service focus round, earned him the highest score. His cocktail ‘Enogu’, was accompanied by a rice paper-snack with three different ‘colour palette’ sauces that when paired could tweak the cocktail’s flavour to the guest’s preference.

Congratulations must also go to our runners up: Tom Kirk of Below Stairs, Leeds who came in 3rd, winning a full set of Akashi Sake Brewery and Kaikyo Distillery products; and Gabor Molnar of the Pig on the Beach Hotel, Swanage who came in 2nd, winning a custom bartender’s kit.

Significant support from industry leaders and talented peers greeted the competitors at the Prince Akatoki Hotel, whilst a live-stream was also produced in partnership with Dean Callan, of the Dean Callan Show and the Bartenders Broadcast Network.

The broadcast reached over 41,000 people, and was the most technically ambitious project the Guild has undertaken to date.

This year, the NCC format was framed towards community learning. At each

competitor knowledge in the areas of Sake, Whiskey and Gin, bringing Japanese beverage

culture to a wider audience throughout the UK, while upskilling our competitors.

The UKBG enhanced this further by hosting seminars and networking opportunities at the regional finals, including a memorable, impromptu skills masterclass and tasting session from industry legendary, Peter Dorelli.

Our finalists made it through an initial online recipe submission, sharing their best Sake-inspired cocktail featuring Akashi-Tai Sake; and an ‘Ultimate Highball’ round, featuring