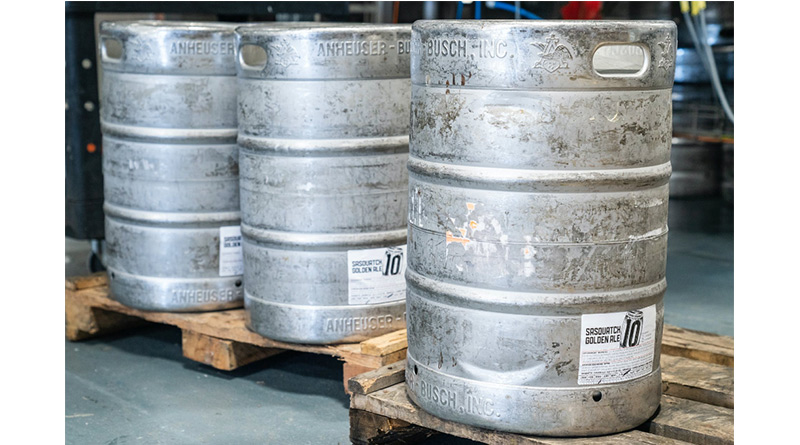 Analysis from the latest SIBA Members’ survey has shown 200 million fewer pints of craft beer were brewed in 2020 compared to 2019. This figure represents 10 years of lost growth in the sector, with production of craft beer last being at these levels in 2009.

As news emerges that UK GDP slumped 9.9% in 2020, by comparison the UK’s independent brewing sector contracted a massive 34% in 2020. 83% of breweries produced less beer and through the vital Christmas period, sales were down 45%.

To survive, breweries have been adapting, with the numbers who run an on-site brewery shop jumping from 37% in 2019 to 60% in 2020. But given pubs are the main destination for independent beer in the UK, no switch to cans, bottles or mini kegs could make up for that loss of trade.

According to the new survey, only 33% of breweries in England have so far received discretionary cash under the Local Restrictions Support Grants or the Additional Restrictions Grants which were supposed to help businesses survive. On average, small breweries are burning through nearly £5k of cash a month with some spending up to £17k a month, far more than is available in the grants ‘postcode lottery’. This is because, other than in Scotland, specific brewery grants have not been forthcoming. Every small brewery is still paying VAT, beer duty, rent and business rates.

“These startling figures demonstrate how brewers have been at the sharp end of restrictions within hospitality. They have done their best to adapt and to survive, but without targeted grant support in England, Wales and Northern Ireland and a swift and sensible re-opening of the economy, many will not survive.”

James went on to say:

“Independent breweries are rooted in their communities and can be engines of economic recovery if our politicians recognise this and act. We need to see cuts to beer duty, an extension of the VAT cut to beer, preferential rates of beer duty in pubs, grants equal to those in Scotland and a re-opening of pubs, bars and hospitality much sooner than we fear it will be. The Chancellor and Finance Ministers in Wales and Northern Ireland need to act now to help”