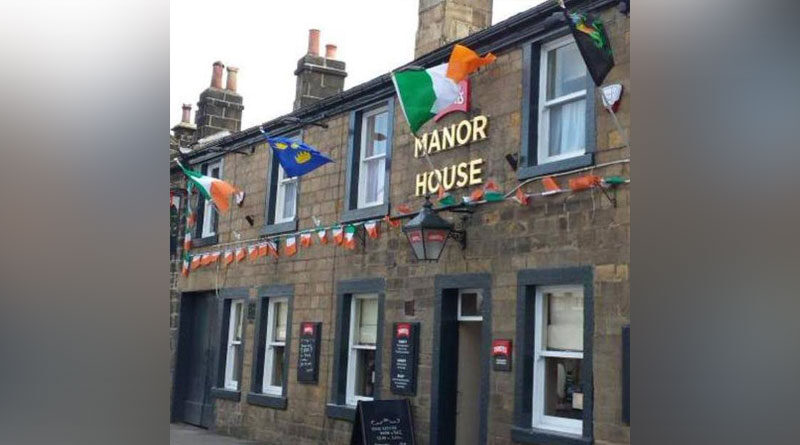 The 6 month moratorium, part of the Asset of Community Value legislation, has been triggered on the historic Manor House pub in Otley, to give the local community longer to secure its future as a pub.

The Manor, which dates back to the 19th Century, is named after the Thomas Constable’s impressive Grade II listed home, is an attractive mid-terrace pub and a proper community local situated opposite the maypole on Manchester Square. Current owners Thwaites of Blackburn have decided to sell the Manor and tenants David and Eileen Stefan had a farewell weekend last weekend, to end their nine years at the pub.

In the case of the Black Horse Hotel in Otley, where the Asset of Community Value moratorium was also triggered, Kirkstall Brewery then came in and bought the pub at the end of the sixth months, so there is a similar opportunity for a local brewery or small pub company or an individual to buy the pub. Otley Pub Club will campaign to keep the Manor as a pub and will support any new owner or a community bid and will oppose any attempts to change the use of the pub.

Prospective new owners and community groups can take a 3D tour of the pub on Otley Pub Club’s website, thanks to the work of Apollo3D.

The Manor has a reputation for folk music, with sessions and open mic evenings and it has long been the post concerts venue of choice for musicians on the annual Otley Folk Festival weekend. The Manor has a historic late 1am licence meaning that many people, often including other pub and hospitality staff, gather there at weekends.

The pub has separate areas giving a traditional and cosy feel and in the winter, there is an impressive open fire. In the warmer months, the surprisingly large outdoor terrace at the back is a pleasant place to enjoy the weather, along with a marquee for music and an impressive seated smoking shelter.

So it is a great opportunity for the right owner and Otley Pub Club look forward to working with whoever comes forward to buy the Manor House as a pub, whether this is a commercial operator or a community bid.

Rob Skinner, Chair of Otley Pub Club said:
“There is now a six-month period in which we can secure the future of The Manor House as a pub, as it has been since the 19th Century. The Manor House is a proper community local, with huge history and a reputation for music.

“We hope that either a new operator will agree to buy the pub or that a community group will raise the funds to do so. Either way, The Manor can be a successful pub and we look forward to working with others to secure the future of this famous and much-loved pub”.

Greg Mulholland, President of Otley Pub Club said:
“We urge Thwaites to commit to working with us and the community, to ensure that the Manor remains as a pub. The Manor is both a historic pub and a unique one and very important as the most easterly pub in Otley.