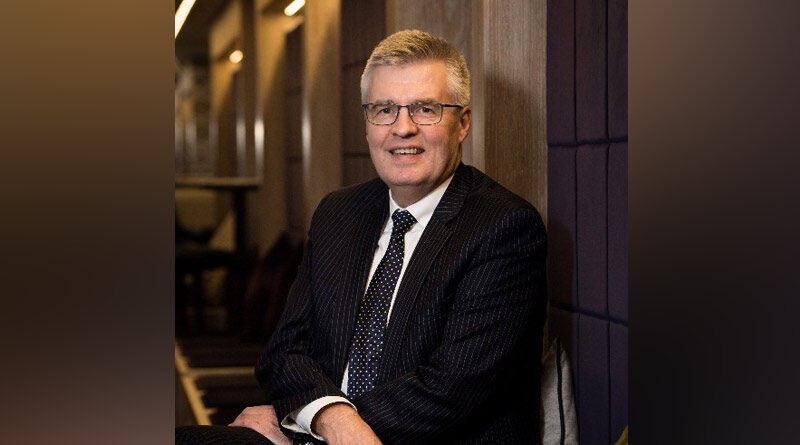 In a centuries old ceremony, Stephen Gow, general manager of Aberdeen’s The Chester Hotel and Master Innholder, has been granted the Freedom of The City of London at the Guildhall in the city on Friday 21 October 2022, in recognition of his contribution to the hospitality industry. He joins others who have had the honour of the Freedom of the City award including Lord Nelson, Winston Churchill, Nelson Mandela, Florence Nightingale and Theodore Roosevelt.

A Fellow of the Institute of Hospitality, Stephen has spent his entire career in the hospitality sector, beginning at the age of 18 as a management trainee at the North British Station Hotel in Edinburgh; now called The Balmoral.

Throughout his career he has actively sought to work with others in the industry to combine and share collective learnings for the good of the sector. He remains keen to support and nurture talent in the workplace and to encourage a new generation into a career in hospitality. He was instrumental in the creation of Hospitality Apprenticeship North East and chairs this industry-led initiative.

Stephen says, “Receiving the Freedom of the City of London is a very special honour, and I am grateful to the Master Innholders and the institute of Hospitality in gaining this. It is a privilege to join the many outstanding men and women who hold this prestigious title.”

The tradition of the award goes back centuries, with the first presentation believed to have taken place in 1237. The Freedom is completed on vellum by calligraphers and comes with a replica of the red leather pouch in which it was kept protecting it, as the recipient had to have it with them at all times to claim privileges. The original privileges included the right to earn money and own land, the right to trade in the Square Mile in the City of London and, famously, to enable the freeman to take their sheep over London Bridge with no toll.

Freemen also had the right to be hung with a silk rope if they committed murder or treason and could wander the streets of the city with their sword drawn. Freemen were also exempt from being press ganged, and, if drunk and disorderly, could request that the police gave him safe passage home. Nowadays the Freedom is seen as a tool for recognising the achievements of individuals in different fields which have made a significant impact. From the early 18th century to this day, recipients are also presented with a book – “The Rules For The Conduct Of Life” to be lived by.