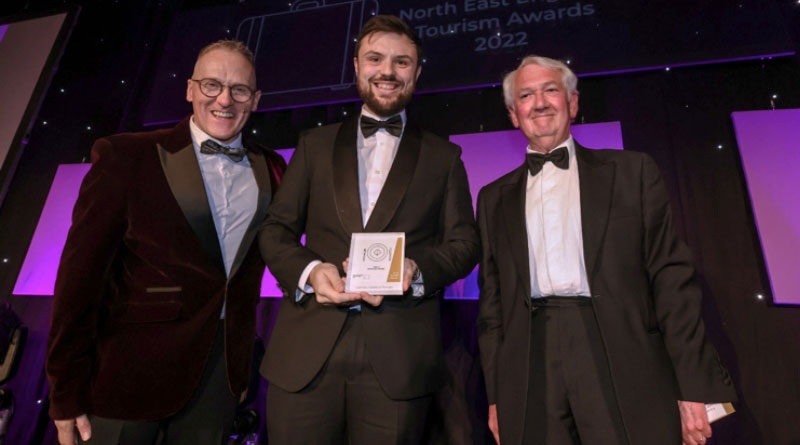 Tourism businesses across the North East are being encouraged to enter the North East England Tourism Awards 2023 as applications which opened this week.

The North East England Tourism Awards (NEETA) celebrate quality, innovation and best practice throughout the region, showcasing the fantastic range of high quality experiences on offer for visitors in the North East.

NEETA 2023 will see businesses compete in 16 categories, including the two new categories introduced at this year’s awards; Unsung Hero and Resilience and Innovation Award as well as the return of the Business Events Venue of the Year award.

The awards, which will celebrate their 20th anniversary in 2023, will see applications judged by a panel of industry experts, with a focus on experiencing the North East tourism industry first-hand.

The launch of the awards follows on from the impressive performance for the region at the VisitEngland Awards for Excellence earlier this month, where Seaham Hall Hotel picked up Gold in the Small Hotel of the Year, Hotel Indigo, Silver in the Large Hotel of the Year, Triple A Food Tours, Silver in the New Tourism Business category and Clive Goodwin, of The Ouseburn Trust, bronze in the Unsung Hero award.

As part of this year’s launch a series of videos have been produced with past winners including Kielder Observatory and Colmans Seafood Temple to help promote the benefits of applying and being involved in the awards.

“We’re really excited to be launching The North East England Tourism Awards, especially on the back of a fantastic night for the region at the national VisitEngland Awards earlier this month.

“Businesses will once again be able to showcase their skills, innovation and visitor offer in a range of categories that we hope will attract entries from across the region.

“We strongly encourage all tourism businesses in the North East – accommodation providers, pubs, restaurants and attractions – to submit their free entry for the awards and help us to showcase the best of the North East.”

Applications for the North East England Tourism Awards will close at 5pm on Thursday 22 September 2022 with the award winners being announced in March 2023. More information and to apply can be found at https://tickets.northeasttourismawards.co.uk/apply-now/