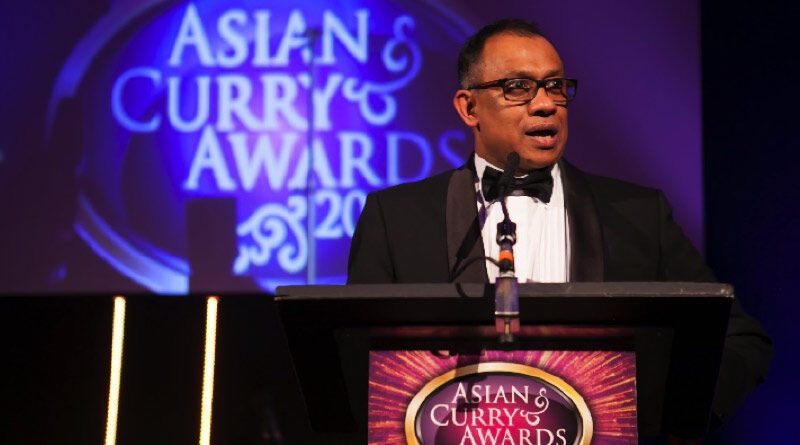 The longlist for this year’s Asian Curry Awards has been revealed, along with the announcement of the creation of an inaugural Pat Chapman Memorial Award, to honour its long-time chairman of judges, who died in July.

A record number of nominees will now be whittled down by online public vote – before visiting judges determine the eventual winners – who will be honoured at a glitter awards ceremony at London’s Grosvenor House on 20th November.

Spice lovers can vote for their favourite Asian restaurants and takeaways via www.asiancurryawards.com.

With restaurateurs facing a ‘quadruple whammy’ of rising food prices, increased energy costs, staff shortages and customers experiencing a cost-of-living crisis, Yawar Khan, Chairman of the Asian Catering Federation (ACF), urged the public to cast their votes, as a prestigious accolade can have a significant boost to an establishment’s bottom line.

“Every week I hear from another owner closing their restaurant because they cannot see an end in sight to the economic situation – but an award win can bring a massive upsurge in trade,” said Khan, adding, “For customers wanting to help their favourite restaurants survive, their votes can be crucial.”

This year winners will also be included in the ACF’s new ‘One Hundred Top Curry Restaurants’ guide, which is being published currently, region–by–region across the UK, at www.Top100curryRestaurants.co.uk, with a printed version being available next year.

The event, organised by the Asian Catering Federation (ACF), which represents the nation’s 30,000 restaurant and takeaways, are the only accolades acknowledging the full panoply of Asian cuisines, is widely regarded as the sector’s most prestigious.