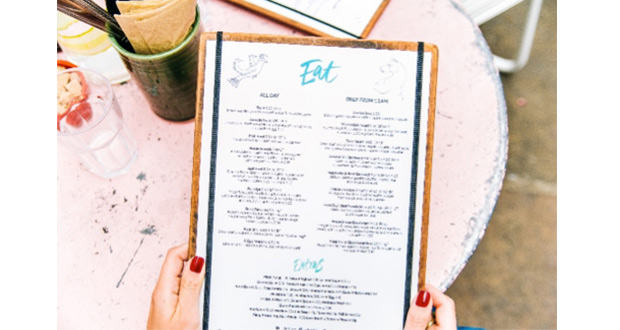 62% look up posh food terms when eating out because they can’t understand the menu!

Two-thirds of diners find the meaning of words like quenelle, jus and ballotine baffling, according to a new study by one of the UK’s leading wholesalers, Bidfood1.

Just 37% of those surveyed knew a quenelle was an egg-shaped spoonful, yet a quarter admitted to believing it was a type of hen. While one in seven thought a ballotine was a dance or a machine used to behead people in medieval times, rather than a boned chicken thigh!

Worryingly, one in 12 people thought jus, the trendy word for gravy, was something you put in your hair, according to the 2,000 diners surveyed.

With the UK foodservice market predicted to grow by an impressive 26% by 20212, the research aims to shine a light on the impact of menus when it comes to consumer dining habits to better support eateries. Not only will this allow them to better meet the needs of their consumers, but also help them to standout and boost footfall in what is an increasingly competitive market.

As well as the words to avoid, the survey also highlights those which are most likely to sway our decision when eating out, with ‘spicy’, ‘melting’, ‘marinated’ and ‘smoked’ surprisingly topping the list. In fact, a succulent, roasted or spicy chicken followed by a creamy cheesecake have been revealed as most likely to get our mouths watering.

However, while we may be overcooking the language used to describe some dishes, we’re undercooking it when it comes to describing healthier dishes the research found,

With 30% of diners finding that ‘boring’ or unimaginative healthy foods stop us from eating better3, it’s not surprising that one third of Brits (38%) would like to see eateries switch up how they describe healthy meals to encourage us towards more waist-friendly options. This includes highlighting how meals are prepared with popular terms including ‘grilled’, ‘roasted’ and ‘baked’ as well as championing key flavours within ingredients such as ‘aromatic’ and ‘herby’.

What’s more; with a rising interest in where our food comes from, and the environmental impact our dishes might have; terms like locally sourced (37%), seasonal (33%), free range (30%) and sustainably sourced (26%) are becoming increasingly sought-after as we select our preferred meal.

However, eateries should craft their menus with care as ‘indulgent’, ‘sweet’, ‘rich’, ‘oozing’ and ‘sticky’ have been voted as the top 5 words most likely to make you fat!

Lucy Pedrick, Senior Insights Manager at Bidfood comments, “It’s fascinating to see the types of words which are impacting consumers dining habits. Gone are the days where meals were chosen based on how good they’ll look on Instagram, or how fancy they sound with French phrases thrown in. Instead, Brits are looking for clear and enticing descriptions which tell them where their dish was sourced, how it was prepared and the flavours they can expect to enjoy.

“As we look to improve our health and wellbeing in everything we do, it’s also not surprising that we’re searching for eateries which really sell to us the enjoyment which can be had from lighter options. This is a huge opportunity for foodservice providers to review and refresh their menus when it comes to these types of dishes to ensure they are positioned as being as irresistible as something more indulgent.”