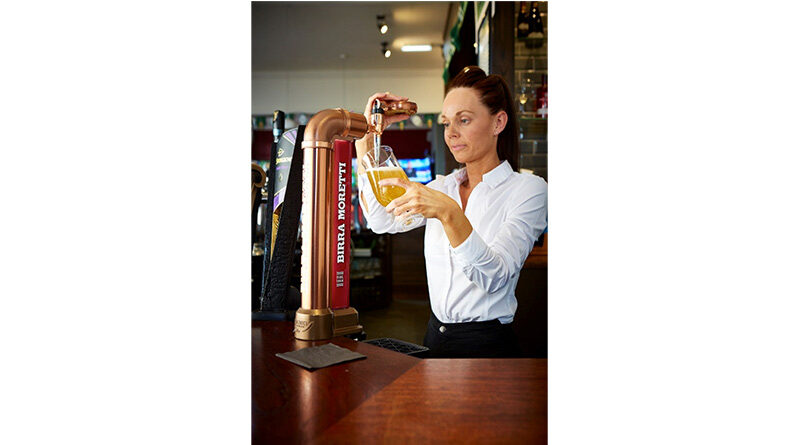 Premiumisation is driving significant growth in on-trade revenue and is a trend that has been growing for several years. Premium continental lager is the best performing beer segment and has been the fastest growing for the past two years. Leading this trajectory is Birra Moretti, the fastest growing brand over the last five years and driving 74% of premium lager growth.

Birra Moretti’s light carbonation and strong alignment with food sets it up as a popular choice for on-trade occasions. Research shows good food to be one of the top two traits consumers are looking for when choosing where to go out in the on-trade. This has no doubt contributed to Birra Moretti’s success in securing the top spot in sales for draught beers.

On top of this, Birra  Moretti commands a higher RSP of +8p per pint than the category average. This allows operators the opportunity to get more money through the till than with other premium continental lager brands.

The exciting Birra Moretti news comes as the brand announces its ‘Pint Perfection’ activation, where outlets can order an activation kit to give themselves and their customers the chance to win prizes – simply by sharing a photo of their perfectly poured pint of Birra Moretti.

Each activation kit is worth £50 and includes glassware, visibility materials and advice on pouring the perfect pint of Birra Moretti. The winning consumer will enjoy a trip to Villa Moretti, whilst their tagged outlet secures a group activity prize worth £2,500

Marketing Director for Birra Moretti, Matt Saltzstein, says: “It’s clear that the great British pub has been much missed over the last 18 months. Millions of people have headed back to their local to enjoy great company, great food and of course, treated themselves to great beer – it’s one of life’s simple pleasures.”