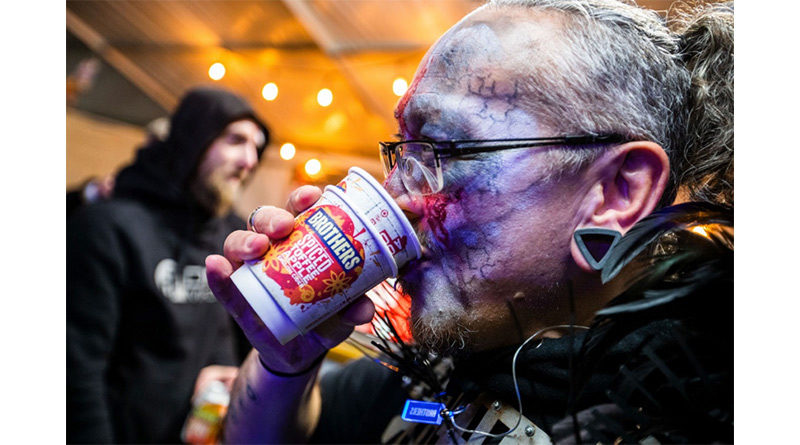 Brothers Drinks Co. has cemented its reputation as the unofficial drink of Halloween and Bonfire Night, with a 44%1 uplift in like-for-like sales of its Toffee Apple cider flavour during the last month. The brand – famed for its quirky flavours – expects further growth for its Toffee Apple flavour through its presence at UK winter markets and increased consumer demand for seasonal flavours and mulled ciders over the colder festive period.

The Brothers autumn and winter markets tour kicked off with a successful partnership with the ‘We Are Halloween’ festival in late October, serving mulled Spiced Toffee Apple cider to more than two thousand party-goers and reaching an audience of almost three-million through marketing activities. Continuing throughout winter, the brand will have a strong presence at over 75 events including Hyde Park’s Winter Wonderland which attracts three-million visitors each year2.

Nicola Randall, Senior Marketing Manager at Brothers Drinks Co., comments: “Despite summer being predominantly thought of as the main driver for cider sales, the winter period provides a huge opportunity for operators. According to industry figures, we expect around 27% of total cider volumes to be sold within the last 12 weeks3 of the year, demonstrating the growth available tooperators during the colder months. Mulled cider – particularly our Brothers Toffee Apple Cider flavour – is increasing in popularity and ties in well with special occasions and seasonal events around Halloween and Christmas.”