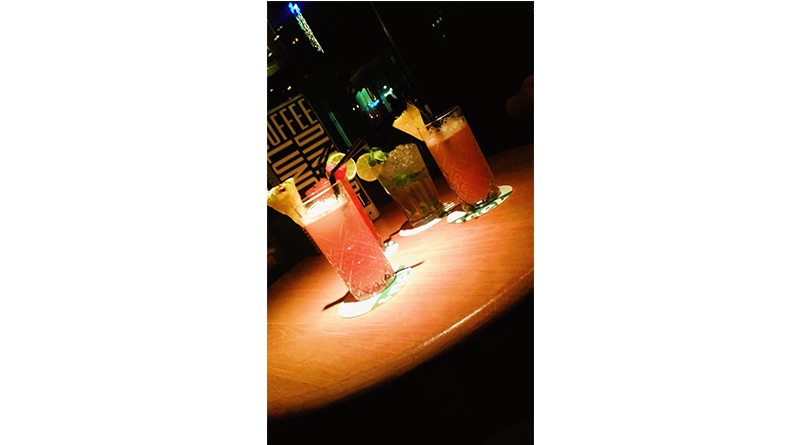 Popular ‘ready to drink’ pre-mixed spirits and cocktails are extremely high in hidden sugar and calories, warns a new survey.

Excess alcohol consumption is generally known to be harmful, but certain beverages also contain up to 9 teaspoons of sugar in just 250ml – a double whammy for our health and the NHS, says the report.

Nine out of 10 pre-mixed spirits don’t have on-pack sugar information, so consumers are unaware of the very large amounts they are drinking

Experts have united to criticise previous governments for ignoring alcoholic drinks in any of the current obesity strategies, and allowing, they say the alcohol industry to “police itself”.

The Soft Drinks Industry Levy was successful in reducing sugar in drinks like lemonade yet a vodka and lemonade is exempt, which is absurd says critics.

Experts have warned that sugary alcoholic drinks are contributing to obesity, type 2 diabetes, various cancers, liver damage and tooth decay as consumers are unknowingly drinking large amounts of sugar and calories. Action on Sugar is now urging the government to prove it really is committed to prevention and reducing inequalities, by stepping in and taking control of not only the food and drink industries, but also the alcohol industry.

To mark Sugar Awareness Week, Action on Sugar is calling on the new government to ensure that all alcoholic drinks are included in vital public health polices to reduce obesity and ill health and tackle this huge missed opportunity.

Registered Nutritionist, Holly Gabriel at Action on Sugar, says: “This is the first time a survey of this kind has been conducted and the results highlight an immediate need for alcoholic drinks to be included in vital public health policies.

“Customers should be able to purchase better options and reformulating these drinks with less sugar, calories and alcohol is one way to achieve this. Our survey clearly shows that similar drinks can be made with less sugar and calories, yet drink manufacturers are failing to take the appropriate action. Urgent attention is required from the government to ensure that gaps in the law do not contribute to the rise in obesity and related health conditions, as well as alcohol harm.”

Katharine Jenner, Campaign Director at Action on Sugar, based at Queen Mary University of London, says: “‘Gin in a tin’ has become a cultural phenomenon with these types of drinks often consumed ‘on the go’ and without a moment’s consideration to how much sugar and alcohol goes into making them. Even if you did want to know, you can’t make a healthy choice as only one in ten of the products surveyed had enough information available. If consumers knew how much sugar was really in these drinks, would they still happily choose to drink their way to tooth decay, obesity and type 2 diabetes?”

Graham MacGregor, Professor of Cardiovascular Medicine at Queen Mary University of London and Chairman of Action on Sugar, explains: “Sugary alcoholic drinks are a double burden on our health: alcohol causes serious harm, and sugar in these drinks carries the same health risks as sugar in any other food or drink, which costs the NHS billions and shortens lives.

“It is a national scandal that because these drinks contain alcohol, they are not subject to the sugar tax or any form of coherent nutrition labelling. The new government needs to act now by taking control of the alcohol industry and stop them from exploiting vunerable young adults.”